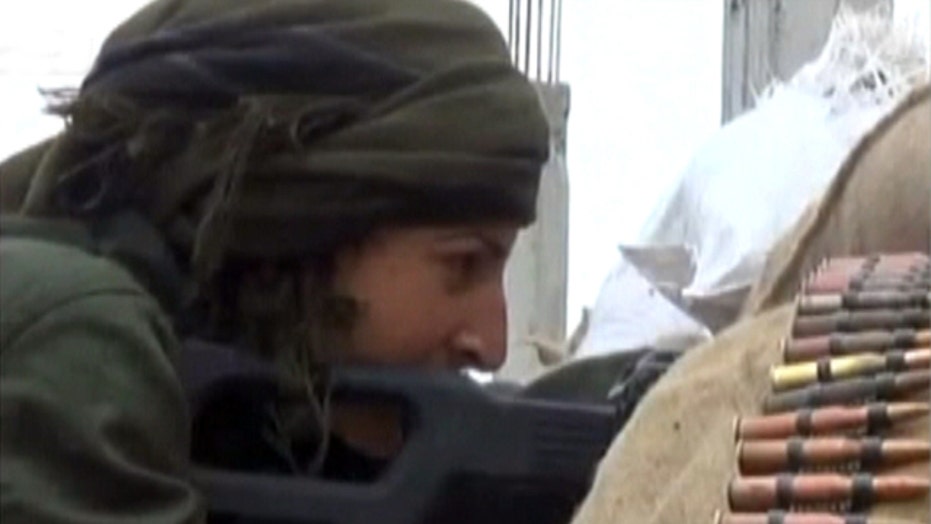 Is fight against ISIS reaching a turning point?

James Carafano and J.D. Gordon on the next steps against the terror group

As Iraqi forces keep up their offense to retake Tikrit, regional experts are debating whether the combined air offense by U.S. and coalition forces is working.

This comes as uncertainty grows over whether Iraqi and coalition forces can gain the upper hand against ISIS.

“I simply think it’s too soon and, more importantly, we have to ask ourselves a question: ‘Is ISIS more or less dangerous if they are rising or falling?’… even if ISIS is losing that actually might make them a greater transnational terrorist threat,” said Carafano, author of “Surviving the End: A Practical Guide for Everyday Americans in the Age of Terror."

Since August, “the Islamic State still has the same amount of territory in Iraq and Syria … even though we have had a lot of bombings, that hasn’t resulted in a significant degradation of the Islamic State,” said Gordon, former Defense Department spokesperson.

While ISIS might have to pull back in Iraq, the terrorists are gaining a foothold in Libya and, this past weekend, the West African terror group Boko Haram pledged allegiance to the Islamic State.

“For every day the Islamic State survives, they are able to recruit and get their message out to more people,” said Gordon. “It’s a danger to the United States for another 9/11 or homegrown terror attacks.”

“We are still operating under the 2011 strategy and the problem with that is even if we drive ISIS out of Iraq, the [Obama] administration will just basically go back to sleep. They are not treating this for what it is – a global, Islamic insurgency,” said Carafano, vice president at the Heritage Foundation.

“We have to go to the source … until radical Islam is defeated, it’s just going to be ‘whack a mole’ for a generation … until we stop that radical ideology that is fueling them, this is never going to end,” said Gordon.