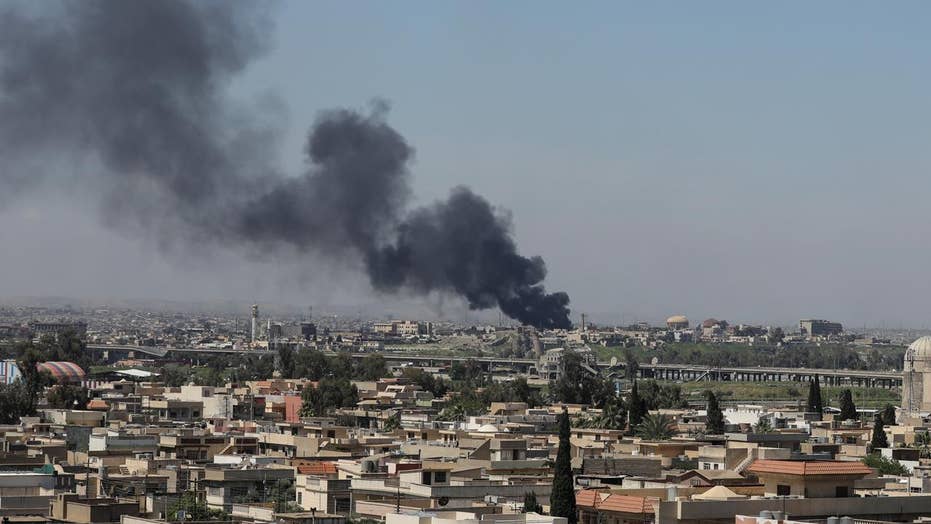 The last of the Islamic State militants remaining in the Iraqi city of Mosul were completely surrounded and “on the brink of total defeat,” a spokesman for the U.S.-led coalition said Tuesday.

Iraqi forces have reduced the amount of territory held by ISIS in the city to around 129 square miles, Iraq Brigadier Gen. Yahya Rasool said at a news conference, Reuters reported.

The recent advancement in Mosul came after Brett McGurk, a special presidential envoy for the coaition against the Islamic State, said Monday that the fight against the militants was entering its “final stages.”

McGurk and U.S. Ambassador to Iraq Douglas Sillman ment with Iraqi officials, who were asking for additional aid in the fight against the Islamic State, not weapons and training.

"We are looking for more support as the west side of the city will be liberated soon," Maj. Gen. Muhammed al-Shimary with Nineveh Operations Command told McGurk after thanking him for U.S. assistance in the fight so far.

President Trump pledged to accelerate the military fight against the Islamic State. While the White House is yet to release an official overhaul of the ISIS fight, since taking office Trump has handed greater decision making power regarding troop levels in the Middle East to the Pentagon.

Additionally, Secretary of State Rex Tillerson has emphasized the limited role the U.S. will play in reconstruction in Iraq and Syria.

"As a coalition we are not in the business of nation-building or reconstruction," Tillerson said during a meeting of foreign ministers in Washington in March. Instead, he said the U.S. would equip "war torn communities to take the lead in rebuilding their institutions and returning to stability."

The operation to retake Mosul from ISIS was formally launched in October and while the initial weeks of the fight were marked with a string of swift territorial gains, combat in the city's west has devastated infrastructure and inflicted high civilian casualties.