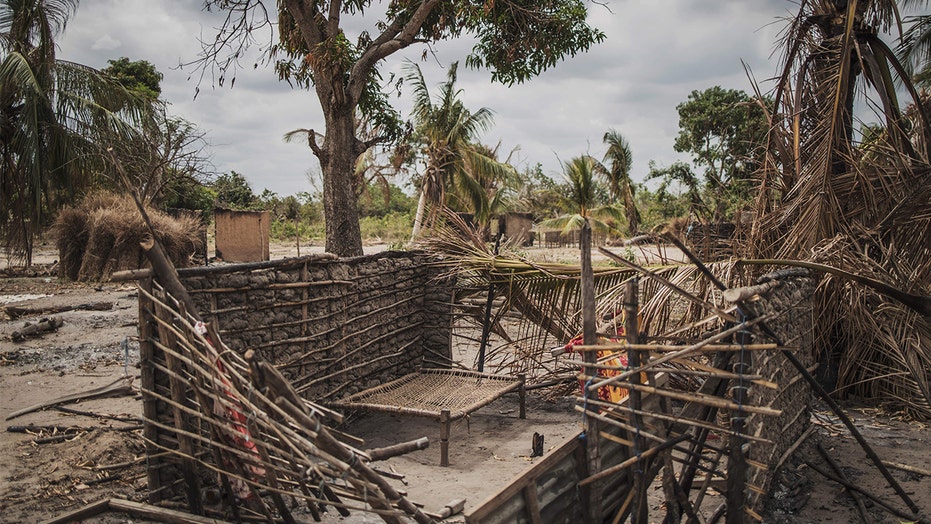 Islamic State-affiliated terrorists have reportedly formed a base hub of operations in Northern Mozambique, killing more than 1,500 people, and displacing more than 250,000, according to the European Union.

The militants intend to spread out from Mozambique’s Cabo Delgado province throughout Southern Africa unless stopped, according to analyst Jasmine Opperman of the Armed Conflict Location and Event Data Project.

“It is Islamic State, seeking a footprint in Southern Africa,” she told Fox News. “Islamic State needs a platform in the region to operate, and Cabo Delgado presents that opportunity, and hence I am saying there is a regional threat.”

A bed is seen left in a destroyed house in the recently attacked village of Aldeia da Paz outside Macomia, on August 24, 2019. - On August 1st, the inhabitants of Aldeia da Paz joined the long list of victims of a faceless Islamist group that has been sowing death and terror for nearly two years in the north of the country, which welcomes from August 4 the Pope. (Photo by MARCO LONGARI / AFP) (Photo by MARCO LONGARI/AFP via Getty Images)

Opperman believes South Africa, Zimbabwe, Angola, and Namibia are all at risk from ISIS, which started the insurgency three years ago.

More than 1,000 homes have been torched by the militants, and entire villages are empty after residents fled.

A top research analyst told Fox News villagers are given a choice: join ISIS or else. Some villagers have been tortured, raped, and murdered. Young girls have been kidnapped.

“To put it bluntly, it’s spiraling out of control,” claims Opperman.

The militants have fashioned several names for themselves – including Al Shabaab. But there’s no evidence of any direct link with the Somalia-centred group with the same name.

Mozambique’s luxury island resorts just offshore, where rooms can reportedly cost up to $30,000 a night, have been attacked. One such resort, where Daniel Craig, who plays 007 in the James Bond movies, and superstar soccer player Cristiano Ronaldo have stayed, burned to the ground this month.

Fearing an imminent terror attack, the management of another nearby resort, hastily arranged an emergency evacuation by air for its guests.

A woman holds her younger child while standing in a burned out area in the recently attacked village of Aldeia da Paz outside Macomia, on August 24, 2019. - On August 1, the inhabitants of Aldeia da Paz joined the long list of victims of a faceless Islamist group that has been sowing death and terror for nearly two years in the north of the country, which welcomes from September 4 the Pope. (Photo by MARCO LONGARI / AFP) (Photo by MARCO LONGARI/AFP via Getty Images)

But multiple factors, including alleged corruption within the Mozambican government, have visibly not led to signs of wealth being passed down to the general local community, other than the energy companies employing local staff.

Mozambique ranks 181 out of 187 countries in the most recent UNDP Human Development Index. Meanwhile, the Borgen Project, a Seattle-based non-profit fighting global poverty, claims more than 80% of Mozambicans continue to live on less than $2 a day. Life expectancy in Mozambique is only 55 years, compared to 79 years in the US.

This is why the insurgents claim they attacked, in a huge firefight, and took control of the local port town of Moçimboa da Praia – the supply center for the nearby natural gas projects. Weeks later, with all communications cut, it’s still not clear whether the town is still under rebel control.

“We occupy [the towns] to show that the government of the day is unfair. It humiliates the poor and gives the profit to the bosses," a boldly unmasked militant claimed on an official Islamic State video.

The Islamic State is feeding off the unhappiness of the people, experts say.

“There is ample indication that the insurgency in Cabo Delgado is driven by factors other than extremism, including high levels of poverty and unemployment; and a populace that feels neglected by its government,” Dr. Marko Svicevic, a research fellow at the South African Research Chair in International Law at the  University of Johannesburg.

Svicevic went on to tell Fox News that ISIS has warned South Africa, the only country in the region with a strong military, not to try to help stop the conflict.

“On 7 June 2020, the official newsletter of ISIS - Al Naba - warned South Africa not to become involved in the fighting in Mozambique, or face reprisals within South Africa's territory,” he said.

Residents gather for a meeting in the recently attacked village of Aldeia da Paz outside Macomia, on August 24, 2019. - On August 1, the inhabitants of Aldeia da Paz joined the long list of victims of a faceless Islamist group that has been sowing death and terror for nearly two years in the north of the country, which welcomes from September 4 the Pope. (Photo by MARCO LONGARI / AFP) (Photo by MARCO LONGARI/AFP via Getty Images)

South Africa has so far been spared of Islamist suicide bomber attacks, but Svicevic believes this could change.

“The threat itself may even inspire retaliation through a lone terror attack undertaken in solidarity with the insurgency or with ISIS,” he said.

The recent brutal shooting of an unarmed woman – after Mozambican soldiers claimed she was an ISIS militant – sparked widespread horror, with human rights groups demanding an investigation. The woman was reportedly shot more than 30 times.

The case earlier this month also highlighted that fearful locals appear to be turning on each other.

“The army has been involved in great human rights abuses, to the extent that locals even refer to them as terrorists,” Opperman said. “The people of Cabo Delgado are losing trust in the government’s capability. Civilians are caught up in a violent trajectory, between the insurgents and the defense force members at play.”

She said in a recent rape case involving a Mozambique soldier, the accused was “simply transferred.”

“No pun intended, they’re getting away with murder,” Opperman added.

The Mozambican army is massively ill-equipped to deal with the insurgency.

SUBJECT OF NYT PODCAST ‘CALIPHATE’ ARRESTED FOR FAKING HIS ISIS PAST, RAISING QUESTIONS ABOUT AUDIO SERIES

According to analysts, the government, still smarting from Portuguese colonialism that ended just 25 years ago, is reluctant to allow foreign boots on their soil.

Certainly, the presence of foreign government military operations doesn’t appear welcome. But this week, Mozambican Foreign Minister Veronica Macamo reached out to the European Union for “support in the area of specialist training for the fight against terrorism and insurgency.”

The U.S. State Department appears to be keeping its support diplomatic, for now.

“We work closely with the government of Mozambique to strengthen Mozambican capacity to prevent and counter terrorism in a manner that prioritizes civilian security, respect for human rights, and the rule of law,” a spokesperson told Fox News.

In this image made from UNTV video, Filipe Jacinto Nyusi, President of Mozambique, speaks in a pre-recorded message which was played during the 75th session of the United Nations General Assembly, Wednesday, Sept. 23, 2020, at UN headquarters. (UNTV via AP)

Then there’s the issue of protecting foreign investment, which is vital to the Mozambican economy. Unlike most of the other natural gas developments that are offshore, and arguably, therefore, more protected, Total is developing a plant on land in Afungi.

With the militants sweeping across northern Mozambique, the French company has entered into a Memorandum of Understanding with the Mozambican government to set up a task force, to “ensure the security of Mozambique LNG operations and workforce.”

Now at least two groups of shadowy mercenaries have started operating in Mozambique. The Dyck Advisory Group didn’t respond to Fox News’ questions as to who funds them, but their fighters have been regularly seen engaging with militants from low-flying attack helicopters.

This means the people of Cabo Delgado are worried about three different – and dangerous – elements: the government army, the ‘Islamic State” militants, and now the mercenaries’ helicopters.