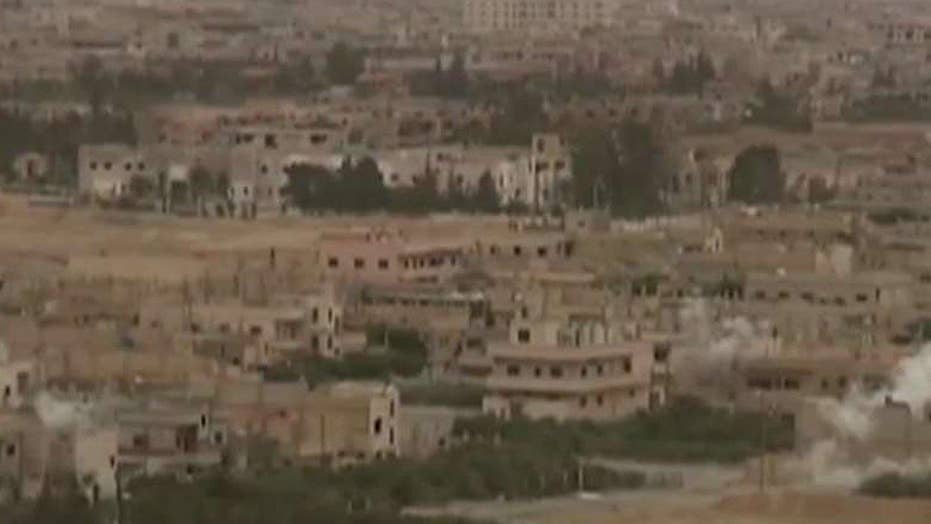 Re-entry comes nine months after troops drove the group out

The officials said the SA-3 launchers contain four missiles each. The 60s-era Soviet missile launcher has a maximum range of 15 miles and can strike aircraft flying at over 60,000 feet in the air. It was not immediately clear whether ISIS knew how to use the military technology.

ISIS retook Palmyra over the weekend after Syrian regime troops escaped in a hurry, leaving behind a trove of weapons. A spokesman for Russia's Ministry of Defense said Thursday that an “insignificant number” of weapons had been taken by the terror group.

Townsend said ISIS took Palmyra when Russia and Syria took their eyes off the ball. He emphasized that if the Russians don't take out the weapons seized by ISIS, “we will.”

In the meantime, Townsend said he would let the Russians “sort that out” since Palmyra is in western Syria, where the Russians and Syrian regime routinely carry out strikes.

Townsend would not go into specifics about the possibility that ISIS had in its possession some “air defense equipment.”

He said complicating matters was that it was difficult to tell Syrian government and Russian forces from ISIS fighters there.

The lieutenant general said ISIS fighters in Raqqa “still have the ability to plot and cast into motion attacks on the West and that’s a great concern to us.” Townsend added that three ISIS leaders killed in a drone strike last week were actively plotting attacks against the West.