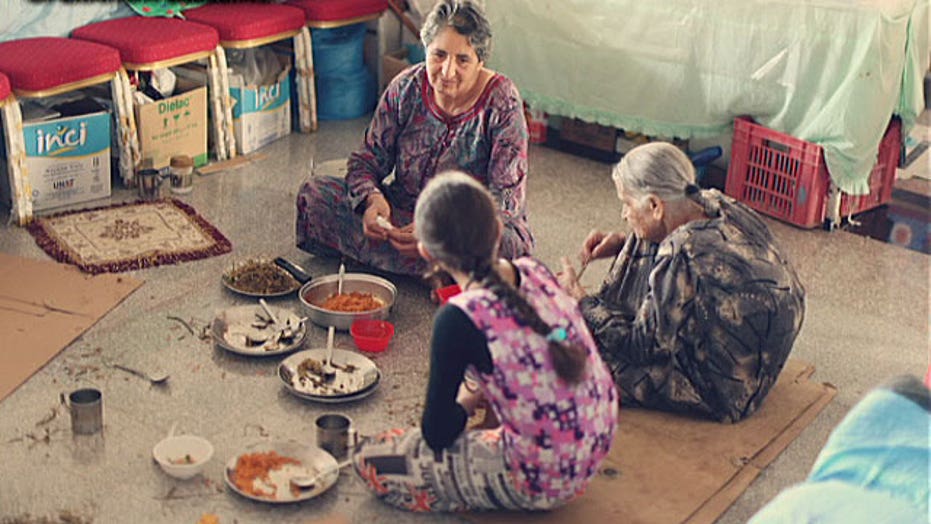 A U.N. investigative panel on Syria says the Islamic State group is committing genocide, crimes against humanity and other war crimes against the Yazidi community in Iraq and Syria, and wants countries to do more to stop it -- hoping to build a legal case on top of political condemnation from countries like the United States.

The Commission of Inquiry on Syria issued its first report Thursday specifically looking at IS crimes against Yazidis after the extremist group's attack on unarmed Yazidi communities in northwestern Iraq in August 2014. Many Yazidis were taken into Syria, and over 3,200 Yazidi women and children are still captive, the report said.

The 41-page report, based on 45 interviews with survivors, religious leaders, activists, medical staffers and others, seeks to put allegations of rape, sexual slavery and other crimes in a wider context of crimes against humanity and genocide by alleging that such practices are part of a IS strategy to wipe out the Yazidis, whom the radicals see as infidels.

"ISIS' abuse of Yazidi men, women and children amounts to genocide, crimes against humanity and war crimes," commission chair Paulo Pinheiro told reporters in Geneva. IS statements and conduct show the group "intended to destroy the Yazidis of Sinjar in whole or in part," he said, and "the genocide is ongoing."

The U.N. estimates that some 5,000 Yazidi men were killed by IS militants when they took control of Iraq's northwest two years ago and thousands more people, mostly women and children, were taken into captivity. Most of the Yazidi population -- some 400,000 people -- was displaced.

While countries like the United States, at a political level, have alleged IS genocide against Yazidis, the report seeks to bolster a possible legal case against those responsible and encourage the U.N. Security Council to hand the matter to the International Criminal Court or a separate ad hoc tribunal.

"We regard this as a road map for prosecution," said commission member Carla Del Ponte. "It is time now to start to obtain justice for the victims."

The U.N. Security Council should "consider engaging its Chapter 7 powers" -- which could authorize the use of force, the report said.

The report mentions cases of boys over 7 years of old captured, taken from their families and indoctrinated, pointing to one instance of a boy being brainwashed by an ISIS commander and ordered to kill his own father. It described IS fighters treating women as chattel, with some women being bought and sold a dozen times.