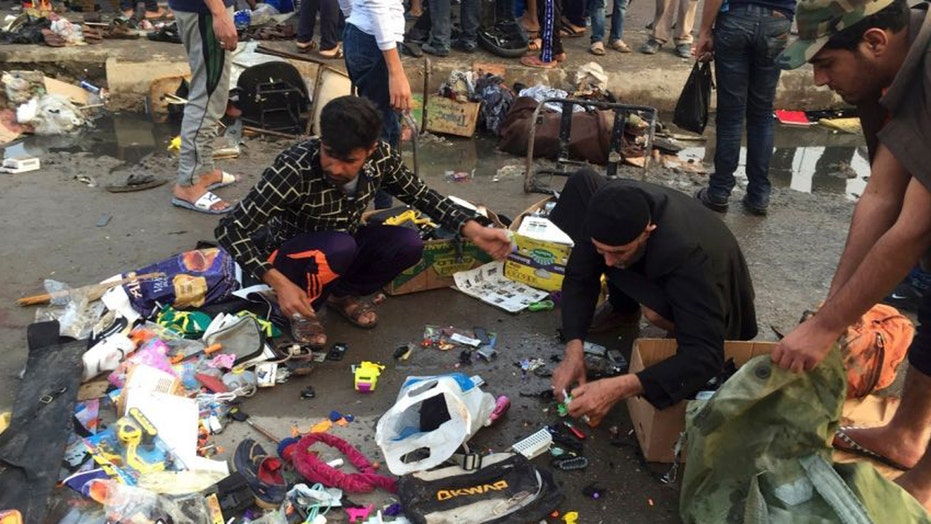 The Islamic State continued its bombing rampage in Iraq Monday claiming responsibility for an attack at a funeral that killed at least 38 people, in a new sign the terror group is resorting to mass attacks on civilians as it suffers battlefield setbacks.

The suicide bombing unfolded one day after a double bombing in Baghdad killed 73 people. ISIS claimed responsibility for that attack as well.

Monday's bombing struck a funeral in Muqdadiyah, about 60 miles north of Baghdad. 58 people were wounded, according to security and hospital officials.

The dead included a local commander in Asaib Ahl al-Haq, a powerful Shiite militia that is part of the state-sanctioned Popular Mobilization Forces, responsible for much of the security in the area.

ISIS had bombed a cafe frequented by militiamen in Muqdadiyah in January, killing at least 32 people and triggering a wave of revenge attacks on Sunni mosques and civilians. The New York-based Human Rights Watch blamed the reprisal attacks on powerful militias within the Popular Mobilization Forces.

Sunday's bombings marked the deadliest single attack in the Iraqi capital in months.

The initial blast ripped through a crowded market in the Shiite district of Sadr City. A suicide bomber then targeted the crowd that gathered to help the victims.

Two police officials said 112 people remain hospitalized from Sunday's attacks. All officials spoke on condition of anonymity because they were not authorized to talk to the media.

ISIS still controls much of northern and western Iraq, but has been driven back in recent months. The government recently declared the western city of Ramadi "fully liberated." ISIS had captured the city last year.