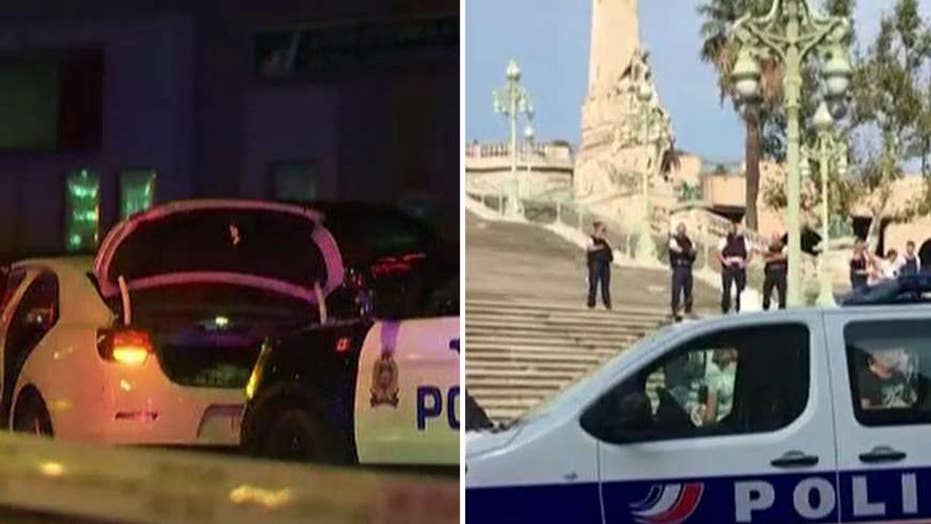 The Islamic State terror network claimed Sunday it was behind a knife attack that ended with two women dead at the Marseille train station in southern France.

The claim was carried in a statement Sunday night by the ISIS-affiliated Amaq news agency. It said the attacker on Sunday was one of its "soldiers" who acted in response to the group's calls to target countries involved in the U.S.-led coalition fighting ISIS in Syria and Iraq. French security forces shot and killed the attacker.

Police sources told Sky News the attacker shouted "Allahu Akbar” as he carried out the attack at Gare St. Charles.

One woman had her throat slit and the other was stabbed to death, Fox News has learned.

The attacker was believed to be a man in his late twenties and of North African background.

The area around Marseille's central station was sealed off following the attack.

France has been repeatedly targeted by ISIS and has been active in the anti-ISIS coalition since 2014.

French police said in a tweet Sunday around 2:30 p.m. local time that they had responded to an incident at the train station. “Operation of ongoing police avoid the sector,” the tweet said in French.

About 40 minutes later police said in a second tweet that the attacker had been "neutralized and shot."

Interior Minister Gerard Collomb tweeted that he was going immediately to the scene "after the attack perpetrated near Saint Charles train station."

The station was evacuated, according to reports.

The station is where four American college students were hospitalized in September after a woman with a history of mental problems attacked them with acid.