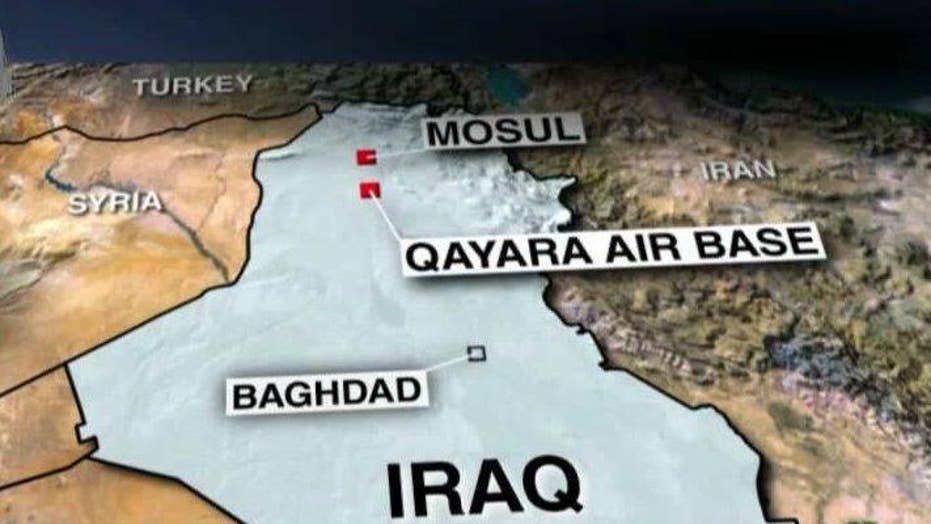 ISIS suspected of chemical weapons attack against US troops

The U.S base outside Qayyarah, 25 miles south of Mosul, was struck by a rocket and traces of a "mustard agent" were believed to be present, the official said. The attack was first reported by CNN.

A Pentagon official told reporters that a “tar-like black oily substance” was found on the shell, which landed within the base hundreds of yards from U.S. forces. An initial test for the agent was positive, but “could be false," the official said. The second test was negative, possibly because the shell had been exposed to the elements.

No one was injured in the attack and there were “no signs of exposure” shown by any U.S. troops, including the two soldiers who inspected the shell. Two to four soldiers who were near the shell received full decontamination treatment.

“Unless you are right next to [the shell], exposure is unlikely,” the official said. U.S. troops at the base are equipped with chemical weapons exposure suits.

The official said the base is attacked "fairly often" with conventional weapons, but Tuesday's assault is believed to be the first chemical attack on U.S. forces in Iraq since they returned to the country in 2014. Nearly 5,000 U.S. troops are currently on the ground in Iraq and "hundreds" of those forces are located at the base, the official said.

The ordinance and residue from the shell are being sent to Ft. Detrick, Md. for processing to confirm the presence of a chemical agent. Unlike mustard gas, which can spread, mustard agent leaves an oily residue behind. The official said the security posture at the base had not changed.

Mosul is the last major Iraqi city controlled by ISIS, which overran much of the country more than two years ago.