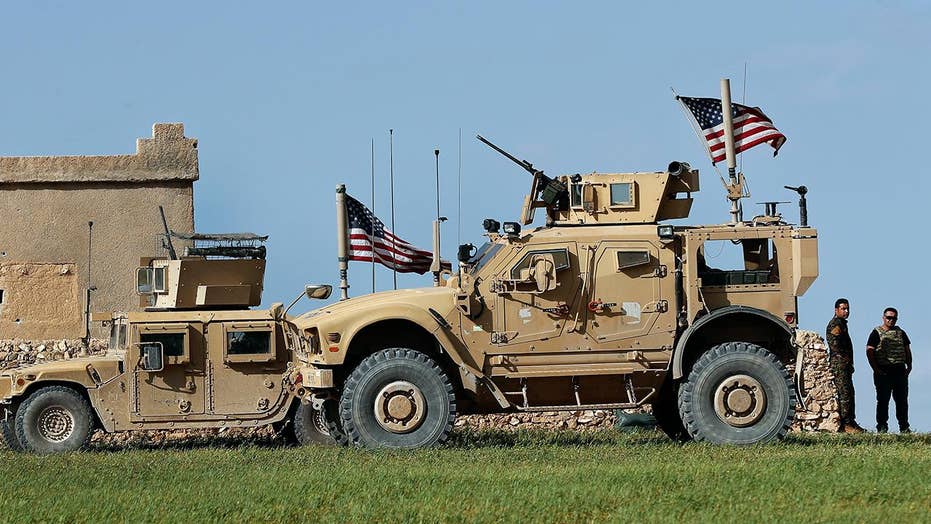 Two British special forces soldiers were seriously injured after a missile attack by the Islamic State terror group in Eastern Syria on Saturday amid fierce fighting in the region.

The attack, in which one Kurdish fighter was killed, happened Saturday morning and resulted in two British soldiers being airlifted by U.S. forces for medical treatment, Sky News reported.

British special forces are known to be on the ground in northern Syria, although the British government does not provide details about their presence.

"We do not comment on special forces," a Ministry of Defense spokesman told Sky News.

The attack on the soldiers would be the first known casualties sustained by the anti-ISIS coalition since President Trump announced his decision last month to pull 2,000 U.S. troops out of Syria and declaring the terror group was defeated.

Trump declares victory over ISIS in Syria, US troops to withdraw

Defense Secretary Jim Mattis and the top U.S. official in the fight against ISIS, Brett McGurk, both resigned in the wake of Trump's comments.

Last week, British Foreign Secretary Jeremy Hunt said that ISIS was not defeated by "a long way" and that Britain can't become complacent.

“We have to remember that if we are in any way complacent — and we certainly won’t be in the UK — about the risks in that part of the world, problems find their way right to the UK," he told the BBC.