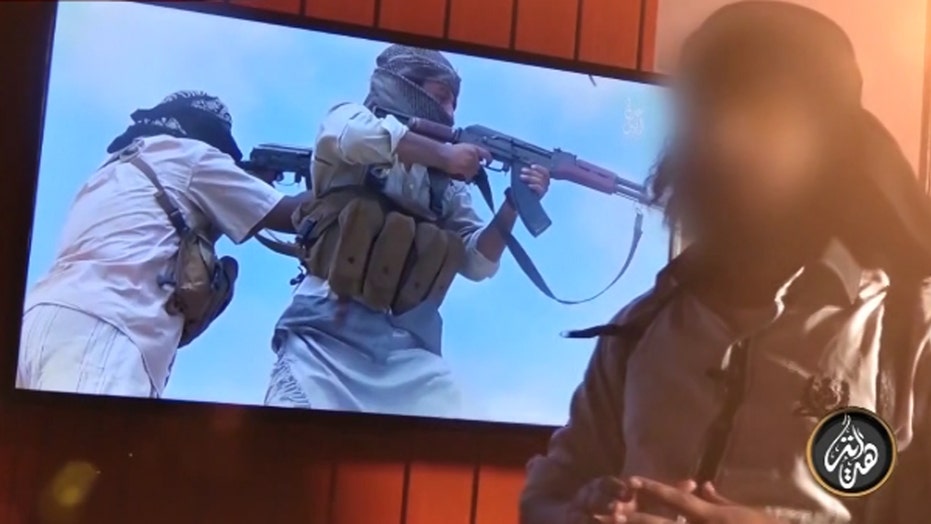 Islamic State fighter who defected to Al Qaeda speaks out

Just in time for the Oscars, an ISIS defector to Al Qaeda is accusing his former comrades of playing the roles of both triumphant warriors and vanquished enemies in phony propaganda videos scripted and directed by Islamic State's media machine.

“Once, we were in a shelter in Hadramout,” Al-Sanaa’ni, his face  obscured, says of ISIS video from last September 2015. “The media administrator came and asked us to go out with him to a place. When we arrived, he told us that there was a video film to be issued and he needed some scenes to be acted.”

“The video is partially a reaction to ISIS' growth in Yemen, but more broadly it is aimed at turning one of ISIS' greatest strengths--it's propaganda production--into a weakness.”

Abu said he and his fellow fighter were taken to a location and directed to play the roles of both ISIS fighters and Houthis fleeing from ISIS gunfire. The scene landed on the cutting room floor because it was was photo-bombed by curious onlookers.

The defector also described shooting a second video in which ISIS soldiers are seen storming a Houthi "compound," that was really an ISIS base. The new video included footage from that taping that Abu says shows an ISIS information activist named Abu 'Othman Al-Hijazi portraying a dead Houthi soldier, with fake blood smeared on his face.

Al Qaeda in the Arabian Peninsula and ISIS are competing to capitalize on the destabilization of Yemen, which stems from the overthrow of Sana'a by Iranian-backed Houthi rebels. As in Syria, Al Qaeda franchises and ISIS seek to recruit jihadists as they fight each other, the rebels and government forces.

“The video is partially a reaction to ISIS' growth in Yemen, but more broadly it is aimed at turning one of ISIS' greatest strengths--it's propaganda production--into a weakness,” Ryan Mauro, national security analyst for the Clarion Project, told FoxNews.com. “If Al Qaeda succeeds, then the high quality of ISIS videos will cause skepticism instead of excitement and confidence.

"Al-Qaeda is essentially accusing ISIS of winning the political contest between them by cheating," he said.

ISIS released a video of this month in which it similarly accused Al Qaeda in the Arabian Peninsula of faking videos. The ISIS-linked Telegram channel “Dawla Videos" released the 11-minute video titled "The Jews' Hollywood" in which they make their accusations against AQAP.

"After Al-Qaeda faked communiques , leaked correspondence, and pledged loyalty to the dead,” the video states, according to  MEMRI. “Its branch in Yemen was not ashamed to use advanced technologies to stab the Islamic State and its warriors in the back."