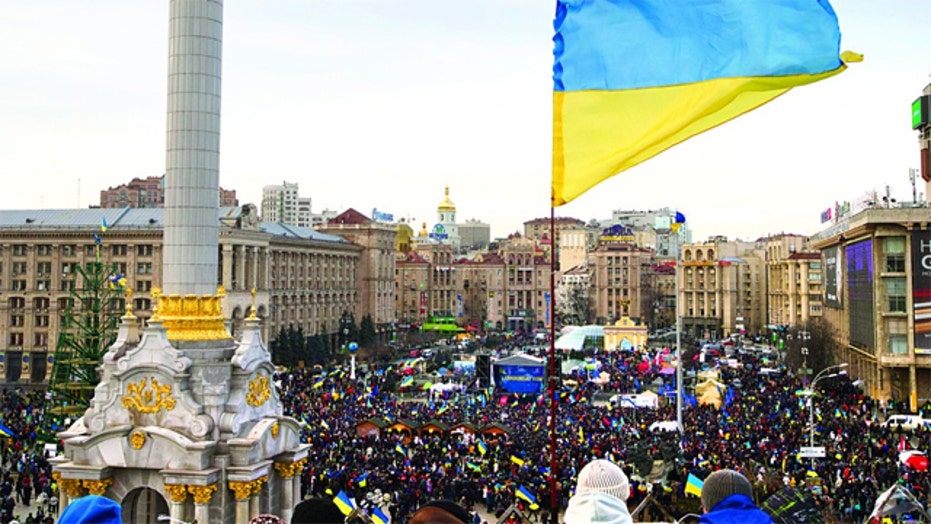 Is Ukraine's economy on the brink of disaster?

The Ukrainian military transport plane shot down Monday along the country’s eastern border is adding fuel to the continuing fighting in the region, as government forces step up efforts to disrupt rebel lines and reclaim territory in the area.

The escalating situation has foreign policy analysts worried; experts fear that the focus on ending the insurgency has put fixing Kiev’s economic problems in jeopardy.

Fox News National Security Analyst KT McFarland spoke to Job Henning and Neil Shenai about the country’s economy. Henning is a fellow at the Truman National Security Project. Shenai is a professor at American University’s School of International Service.

“[Ukraine’s] economy is a 20-year period of post-Soviet economic failure in a highly energy-inefficient economy,” said Henning. He believes Kiev is right at the edge of not being able to pay off its debt.

The latest figures from Ukraine put state debt around $70 billion, according to The Wall Street Journal.

Shenai sees the country as an “economic basket case.” Since the fall of the Soviet Union, neighboring countries -- like Poland, he points out -- have been able to expand their economies while Ukraine has remained stagnant.

Ukrainians are banking on new President Petro Poroshenko, who campaigned on his business success as key for their economic rebound.  Poroshenko is hoping a $17 billion loan approved by the International Monetary Fund in April also will give the country a boost.

The pro-Russia insurgency, however, still has potential investors cautious about moving into Ukraine.

“When countries get locked into the question of re-establishing sovereignty, they take their eye off the ball of economic viability,” said Henning.  “At the end of the day, it’s going to take sustained political leadership inside Ukraine to get them through this crisis.”