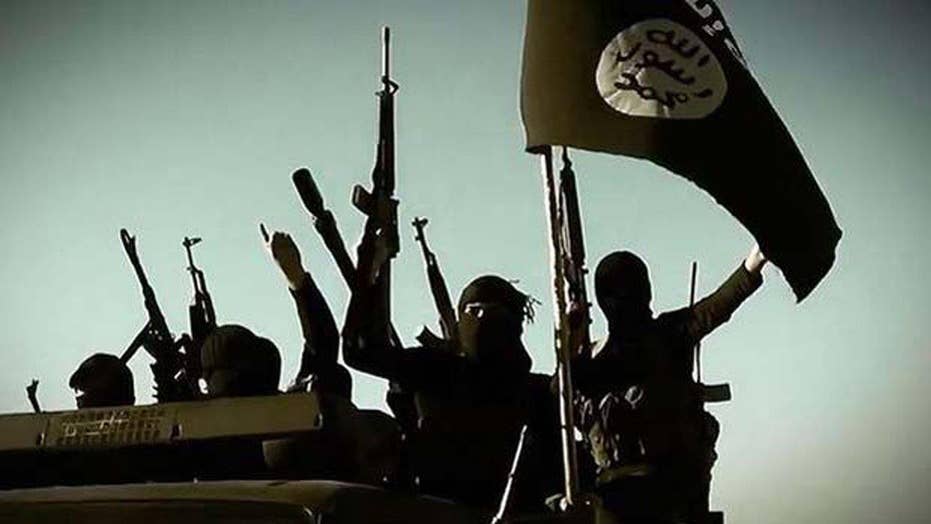 Even as religious minorities face genocide at the hands of Muslim extremists in Iraq, officials in one part of the country are actively courting Jews to return to the land of their ancestry.

The government of the semi-autonomous Kurdish region in the north, eager to counter the devastating effects of Islamic State’s religious and ethnic cleansing, is making clear to Jews that they have a home in the ancient Babylonian land where many of their ancestors once lived peacefully. They are even urging thousands of Kurdish Jews living in Israel to visit and invest in a land that has not always been so hospitable to them.

“Jews would be surprised to find that they are freer and safer here than in certain European capitals,” Sherzad Omer Mamsani, the Kurdistan Regional Government’s first-ever Jewish representative, told FoxNews.com.

On Friday, the KRG officially marked Holocaust Remembrance Day with a first-ever ceremony in its capital, Erbil. The occasion came against the somber backdrop of past suffering as well as the current, U.S.-recognized genocide against Christians, Yazidis and other minorities taking place just 50 miles away in the ISIS stronghold of Mosul.

Under heavy guard, participants held a moment of silence and then watched as six candles were lit, each symbolizing a million Jews killed in the Holocaust. For many in attendance, it was the first time they had ever worn the traditional brimless cap known as the kippah in public.

For 2,600 years, the Jewish community prospered in what was once called Mesopotamia, now Iraq, and were in the early 20th century considered an affluent and politically important part of the country. Following World War I, one-third of Baghdad’s population was Jewish, but many were forced to flee during World War II.

After Israel was formed in 1948, and Iraq fought the new nation, the remaining Jews in Iraq were branded as Zionist traitors. Their numbers dwindled to around 6,000 in the 1960s, after Jews were forced to carry yellow identity cards and banned from selling property, and the population continued to fall. Today, only a handful of Jews are known to live elsewhere in Iraq.

In the Shia-dominated southern part of the country, several Jewish families, also registered as Muslim, are believed to practice Judaism in the cloaked secrecy of their homes.

Mamsani was tapped last year to help spearhead a government initiative to encourage religious co-existence after the Kurdish parliament formed new ministries to represent religious minorities, also including Zoroastrians, Yazidis and Baha’i. It was a natural choice, as Mamsani has long advocated for Jewish rights in the region, and in 1997 published a book on the topic. He blames a bombing that cost him the use of his right hand on his outspoken advocacy.

Sherzad Omer Mamsani, who the Kurdish government appointed to reach out to Jews, speaks at the region's first Holocaust remembrance ceremony. (FoxNews.com)

There are an estimated 300,000 Kurdish Jews in the world, mostly in Israel. There are several hundred in the Kurdish part of Iraq, but there is some debate as to whether they are newcomers, people suddenly embracing the faith of their families or simply people being misclassified. For generations, Jews in Iraq have hidden their faith – even registering as Muslim on the mandatory national identification cards required by Baghdad.

“Since we’re still part of Iraq, all IDs must indicate the religion of the holder,” Mamsani said. “Judaism is not an option and most individuals concerned with their safety and their family would not attempt to register as such with the central government.”

Mamsani insists the ranks of Kurdish Jews in the region are slowly growing, as some from the UK, Germany and even Israel return to their ancestral homeland.

Visitors at the Tomb of Nachum, a Jewish prophet buried in the Kurdish-held part of Iraq. (FoxNews.com)

“The number of known Jews or families with Jewish heritage grows as we discover individuals who have been quiet for decades, or as some Kurdish and Iraqi Jews return from the diaspora for long-term business,” Mamsani said.

Practicing the faith of their families without threats or persecution is new for many. One high-level official revealed to FoxNews.com the Star of David he keeps secured in his pocket at all times, while another proudly keeps an Israeli flag alongside the Kurdish flag at his residence in the northern city of Sulaymaniyah.

“We believe they can live here,” he said.

However, the present and future of Jews in Iraq remains a subject of debate. Mordechai Zaken, an Israel-based expert on Kurdish and Middle East affairs and former Arab affairs adviser to the Israeli prime minister’s office, adamantly denied that such moves are happening or that there even was much of a Jewish community in Kurdistan.

“There were several dozen families that had some distant family connection to Judaism,” he told the Jerusalem Post in December. “Most of these people are Muslim Kurds who perhaps have a grandmother or great-grandmother of Jewish origin who converted to Islam two or three generations ago.”

Edwin Shuker, a Baghdad-born Iraqi-Jewish businessman and activist who works to preserve Jewish shrines in the Middle East and serves as vice president of the European Jewish Congress, said that while much progress has been made for Jewish people to feel comfortable revealing a Jewish connection in the Kurdish areas, they aren’t returning to live permanently.

“They are not moving back from anywhere; they are simply more comfortable to reveal a Jewish connection,” he said. “This is the oldest Jewish community in the world that has managed to keep its identity in exile. People who are of Jewish descent have now been more willing to associate themselves with the Jewish heritage.”

And as it stands, there are no synagogues or public places for Jewish prayer and gathering. The KRG is trying to open temples in the region, but officials say efforts have been hindered by sour relations with Baghdad, concern over Iranian-funded militias and the ongoing jihadist threat.

For now, Mamsani is taking things one step at a time. Gathering to mark the Holocaust was one of the biggest strides to date.

“We don’t want to put our lives and hundreds of Jewish families in trouble,” he said. “We’re starting with teaching and learning about the Jewish religion.”