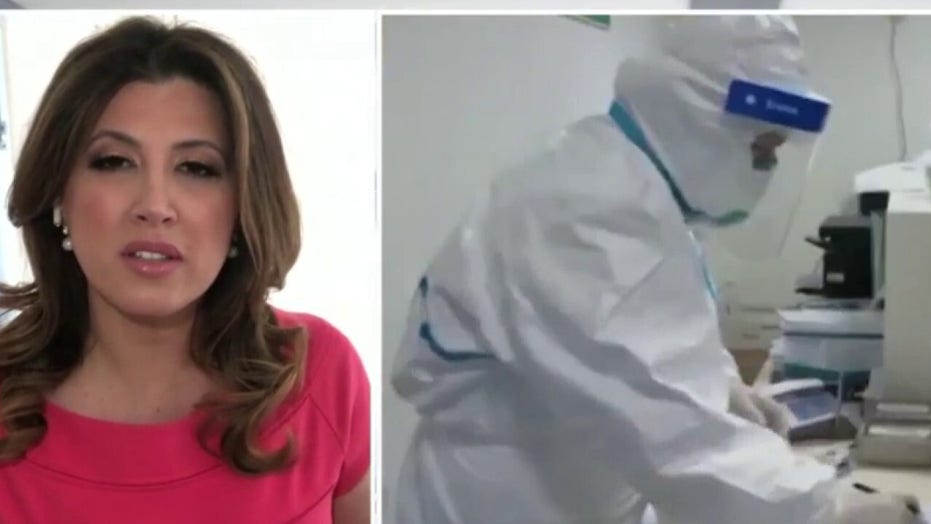 Dr. Janette Nesheiwat discusses the mutation rate of COVID-19 virus and how that impacts vaccine development

Iraqi security forces are struggling to control much of the country in the face of the coronavirus pandemic.

Photos and social media accounts over the past day show that locals in Al-Nahrawan, near the capital Baghdad, are purportedly refusing to allow government officials to bury loved ones who have succumbed to the disease. Making matters worse, according to locals, is that the protestors against burials are clustering in large groups.

As of Tuesday, Baghdad had recorded 346 cases of coronavirus and 27 deaths, the numbers having sharply risen over the past few days. The death rate across the country stands at around 13 percent, making it deeply troubling for international monitoring bodies.

"We are doing as much as we can. The government has instituted curfews and limited internal travel and blocked borders, and the religious authorities have suspended congregational prayer groups," one Iraqi official, who requested anonymity, told Fox News. "The Prime Minister has set up a crisis cell. But like everywhere, it will get worse before it gets better, possibly much worse."

The official also underscored that many are stepping up to help one another – especially the poor, with such efforts as free food distributions.

And despite a government-mandated curfew and orders to remain in their homes, tens of thousands flocked to the holy shrine of Shia figure Iman Al-Kadhim, just north of Baghdad. The mass gathering prompted the government to deploy security forces in an effort to contain the crowd and close off the area, prompting the health ministry to issue that cases are expected to rise in the coming weeks as a result.

"We are waiting for a huge wave of cases now. These people did not respond to the declarations to stay home. Many don't believe in the coronavirus, many still think it is an American conspiracy," one Baghdad-based professional, Rusly Almaleky, said. "We are worried about a huge wave of people coming to the hospital within the next two weeks."

Iraqi women who have recovered from the coronavirus wear protective face masks as they leave the quarantine hospital, following the outbreak of the virus, in Baghdad, Iraq March 9, 2020.  (REUTERS)

While most Iraqis are battle-hardened following decades of endless conflict, coronavirus poses a new kind of combat and anxiety over the unknown.

"We are very worried and terrified for our hospitals, which are not prepared, but officials said they are building new medical facilities," another Baghdad resident told Fox News. "Iraq is in deep trouble with no real government and political fighting, and now protests over the virus."

Fearing an influx of cases from Iran, which is one of the worst-hit countries in the world, Iraq shuttered its 100-mile border a month ago and sent troops to enforce the closure. However, cases are still said to have come in from both Iran on the east, as well as Syria from the west.

But further action remains to be seen. Earlier this month, Sadr accused President Donald Trump of spreading coronavirus among his opponents.

"Trump … You and your likes are accused of spreading this disease, especially since most of those who suffer from it are against America," he tweeted. "Trump, yesterday you claimed that America had toppled great empires and suppressed terrorism, and today you are fighting a virus that is not visible to the naked eye, should not you be ashamed of yourself."

However, other prominent clerics in Iraq have come together to urge the country to follow Baghdad's guidelines and remain indoors. Top Shia cleric Ayatollah Ali Sistani has disseminated a number of fatwas to encourage social distancing and to steer clear of religious gatherings, to limit the virus' transmission.

Friday, Feb. 21, 2020: Medical staff check passengers arriving from Iran in the airport in Najaf, Iraq. Coronavirus-infected travelers from Iran already have been discovered in Lebanon and Canada. (AP)

Aside from the public health woes, Baghdad – like much of the world – is seeking urgent support to counter the impact of the novel disease on its already ISIS-decimated economy.

"The challenge will be especially daunting for fragile and torn countries like Iraq, Sudan, and Yemen," Jihad Azour, director of the Middle East and Central Asia Department of the International Monetary Fund (IMF), said in a statement this week.