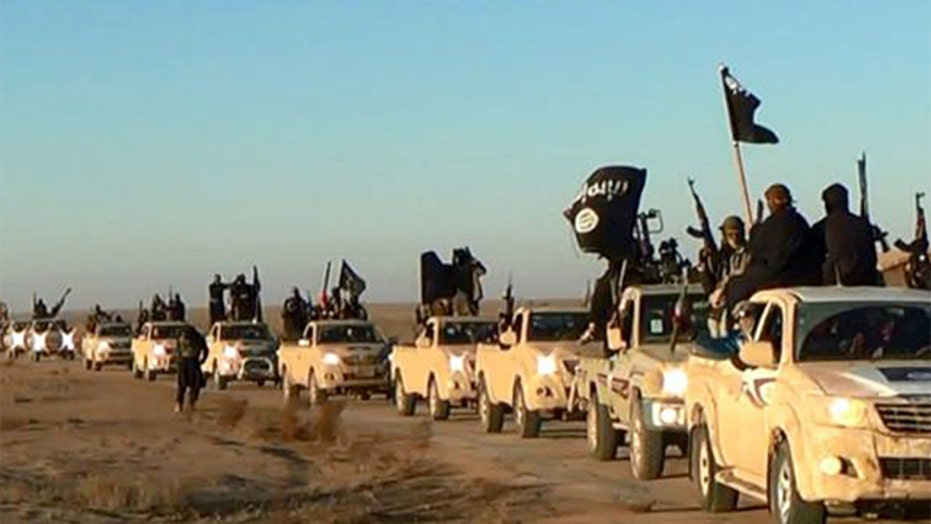 Insight into the setbacks in the fight against ISIS

Police and military officials said IS fighters attacked the government-held town of Husseiba with heavy mortar fire early Saturday. They say the attackers retreated after an hours-long battle, leaving behind three destroyed vehicles and five dead fighters. At least 10 troops and militiamen were wounded in the clash.

Iraqi forces, backed by Shiite militias, have been struggling to recapture areas lost to the ISIS group in the country's west and north. Last month the militant group scored a stunning victory, overrunning Ramadi and capturing large amounts of ammunition and armored vehicles from fleeing government troops.

In the aftermath of the Ramadi defeat, Iraqi officials have stepped up calls for more weapons and more direct support from the U.S. and the international community.

During an international conference in Paris this week on the fight against the Islamic State group, a senior U.S. official pledged to make it easier to get weapons, including U.S. anti-tank rockets, to the Iraqi soldiers that need them.

Medical officials confirmed the death toll. All officials in Baghdad and Anbar spoke on condition of anonymity because they were not authorized to talk to journalists.