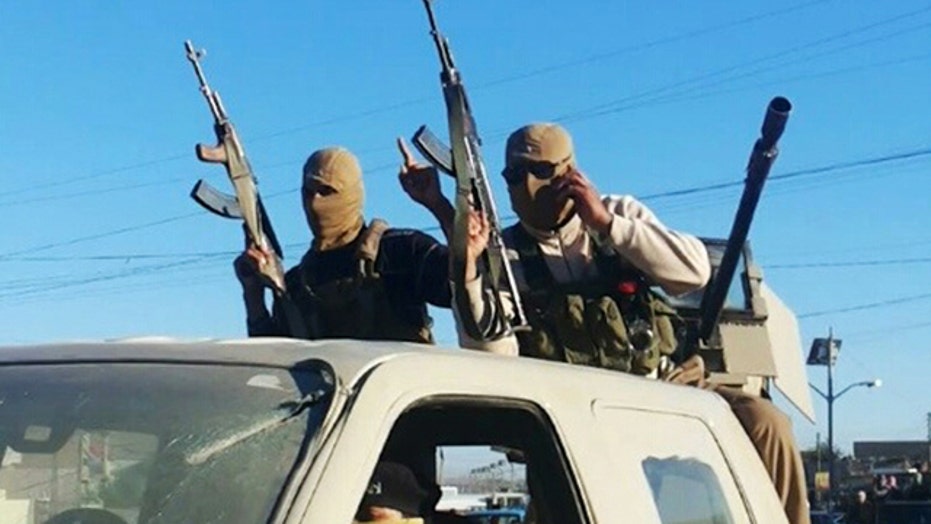 Danger of US mission creep in Iraq?

Insight from Ric Grenell, former spokesman for four US ambassadors to the United Nations and a Fox News contributor

BAGHDAD – Iraq's prime minister has warned that an extremist group's declaration of an Islamic state in territory it has seized in Iraq and Syria is a threat to the entire region.

Nouri al-Maliki says the announcement this week by the Islamic State of Iraq and the Levant that it has unilaterally established a caliphate "is a message to all the states in the region that you are inside the red circle now."

He said in his weekly address Wednesday that "no one in Iraq or any neighboring country will be safe from these plans."

The Sunni extremist group has overrun huge swaths of northern and western Iraq in recent weeks, linking up with territory already under its control in neighboring Syria.