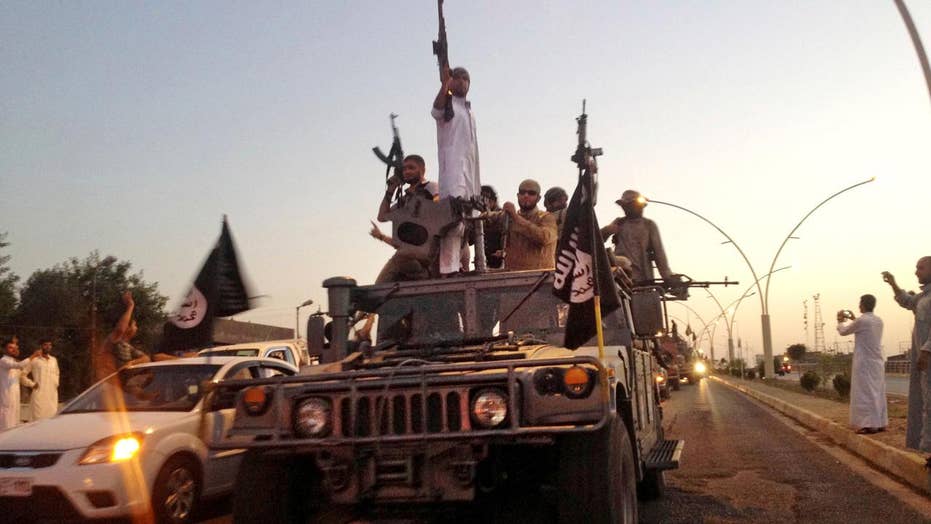 Where will ISIS go after being pushed out of Mosul?

Countries with lack of political power are more vulnerable

MOSUL, Iraq – Iraq's prime minister celebrated with troops on Sunday after they drove Islamic State militants from some of their last strongholds in Mosul, even as heavy fighting continued in a small portion of the Old City neighborhood.

Iraqi state TV reported that Haider al-Abadi arrived in Mosul to declare victory over ISIS in the more than eight-month old operation to drive the militants out.

Al-Iraqia TV quoted al-Abadi as saying he "congratulates the fighters and the people on the big victory" in the key city, even as fighting continued in pockets.

Iraq launched the operation to retake Mosul in October. ISIS now controls less than a square kilometer (mile) of territory in Mosul's Old City, but is using human shields, suicide bombers and snipers in a fight to the death.

Lt. Gen. Jassim Nizal of the army's 9th Division said his forces achieved "victory" in their sector, after a similar announcement by the militarized Federal Police. His soldiers danced to patriotic music atop tanks even as airstrikes sent plumes of smoke into the air nearby.

The militants captured Mosul, Iraq's second largest city, in a matter of days in the summer of 2014. Nizal acknowledged that many of his men were among those who fled the city at that time in a humiliating defeat for the country's armed forces.

"Some things happened here, that's true," he said. "But we have come back."

Much of Mosul's Old City and surrounding areas have been devastated by months of grueling urban combat. On Sunday a line of tired civilians filed out of the Old City on foot, past the carcasses of destroyed apartment blocks lining the cratered roads.

Heba Walid held her sister-in-law's baby, which was born into war. The parents of the six-month-old, along with 15 other family members, were killed last month when an airstrike hit their home. When Walid ran out of formula, she fed the baby a paste of crushed biscuits mixed with water.

Now they are among more than 897,000 people displaced by the fighting in Mosul.

The loss of the city would mark a major defeat for the Islamic State group, which has suffered a series of major setbacks over the past year.

Buildings destroyed during clashes are seen during fight with the Islamic State militants in the Old City of Mosul, Iraq July 3, 2017. REUTERS/Ahmed Jadallah - RTS19L32

U.S.-backed Syrian forces have pushed into the group's de facto capital, the northern Syrian city of Raqqa, but a final victory there could be months away, and the extremists still hold several smaller towns and villages across Iraq and Syria.