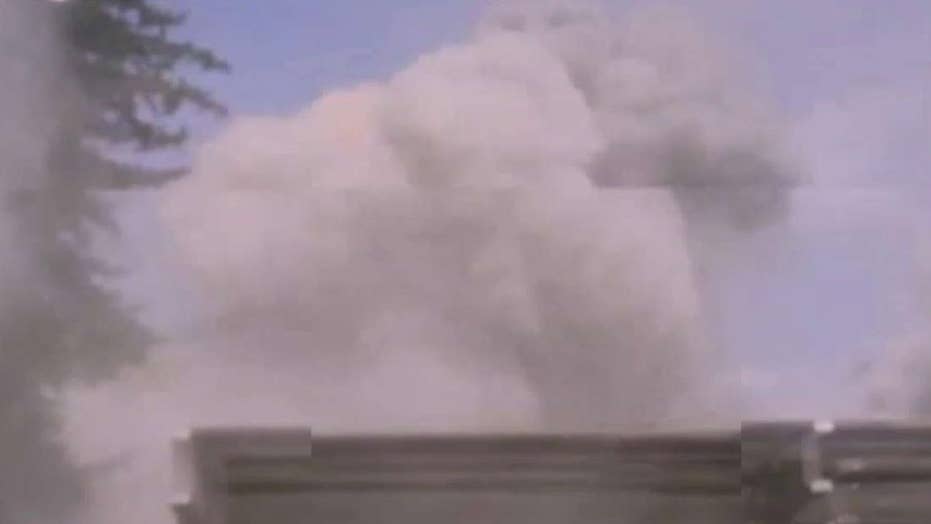 Two senior defense officials tell Fox News that Iraqi forces are 70 miles away from Mosul ahead of a potential invasion, but they have not stormed the city.

"We are still conducting shaping operations," one official said.

For months, the U.S.-led coalition has conducted airstrikes in and around Mosul, what the military dubs "shaping operations" to destroy ISIS targets in ahead of an invasion force on the ground. But senior U.S. military officials have said recently the Iraqi military doesn't have the strength to invade Mosul right now.

However, the Iraqi Air Force destroyed an ISIS missile plant in an air strike, killing 35 engineers and other experts working for the terror group, Iraqi media outlets reported Thursday.

Twelve Iraqi brigades, or some 36,000 troops, are needed to conquer Mosul and defeat ISIS according to U.S. officials. Currently, only a fraction of those forces have amassed in northern Iraq.

One staging area for an invasion force is in Makhmur, located 70 miles southeast of Mosul, an area held by Kurdish forces. A base outside of town is home to the 15th Iraqi Armored Division. It is supported by nearly 200 U.S. Marines and four powerful M777 155mm howitzer weapons, with an effective range between 15-25 miles depending on the ammunition, rounds that would fall well short of Mosul.

These U.S. Marine howitzers are supporting the Iraqi forces nearby.

On Saturday, a U.S. Marine was killed and three were seriously wounded when ISIS fired Katyusha rockets at the small U.S. base. It was attacked again two days later by a squad of ISIS fighters, two of whom were killed.

The base has not been attacked since, according to the U.S. official.

The Iraqi army at this time is conducting operations around Makhmur and is being supported by U.S. aircraft overhead, a U.S. official says. These operations stretch as far as Qayyarah, an hour's drive from Mosul or 45 miles away, according to local reports.

In February 2015, the U.S. military said the Mosul operation would occur in the "April-May [2015] timeframe." The operation has been repeatedly delayed as Iraqi forces have focused their main efforts in Anbar Province in western Iraq.

Senior U.S. military leaders including Lt. Gen. Vincent Stewart, the Defense Intelligence Agency chief, have expressed doubts to Congress in recent testimony about Mosul being liberated in 2016. "I'm not as optimistic that we'll be able to turn that in the near term, in my view, certainly not this year," Stewart told the Senate Armed Services Committee in February.

Last weekend, a power Shiite cleric ordered demonstrations in Baghdad which led to the Iraqi military pulling more forces from the ISIS battlefield back to Iraq's capital to protect the government.