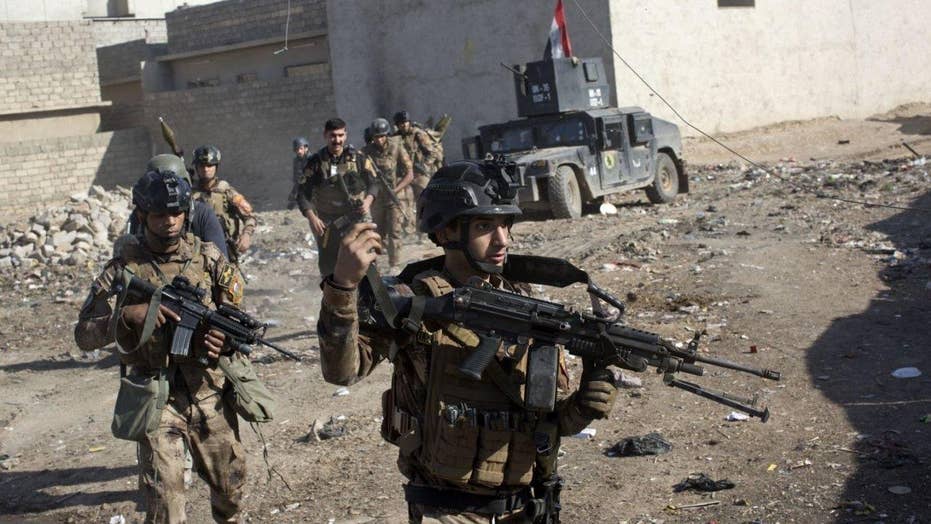 BAGHDAD – Iraqi troops consolidated gains in their advance on the northern city of Mosul on Thursday, regrouping as they clear neighborhoods and houses once occupied by the Islamic State group.

In Mosul proper, where troops have a foothold in a sliver of territory in the city's east, the special forces control the Zahra neighborhood, once named after former dictator Saddam Hussein, and have taken at least half of the Aden neighborhood, military officials said.

The regular army's ninth division is stationed in east Mosul's Intisar neighborhood, they said, speaking on condition of anonymity because they weren't authorized to brief reporters.

Iraqi troops are converging from several fronts on Mosul, they country's second largest city and the last major IS holdout in Iraq. Kurdish peshmerga forces are holding a line outside the city in the north, while Iraqi army and militarized police units approach from the south and government-sanctioned Shiite militias are guarding the western approaches.

The offensive has slowed in recent days as the forces push into more densely populated areas, where they cannot rely as much on airstrikes and shelling because of the risk posed to civilians, who have been told to stay in their homes.

Brig. Firas Bashar, spokesman for Nineveh operations command, says troops south of Mosul have been stopped at the town of Hamam al-Alil while other forces push forward on the city.

To the northeast, about 13 kilometers (8 miles) from the city, peshmerga continued to take territory in the town of Bashiqa, believed to be largely deserted except for dozens of IS fighters. They have had the town surrounded for weeks, and have assaulted it with mortar and artillery fire.

At an area church in territory freshly freed from the militants' grip, priests rang bells for the first time in two years as the peshmerga worked to secure the town.