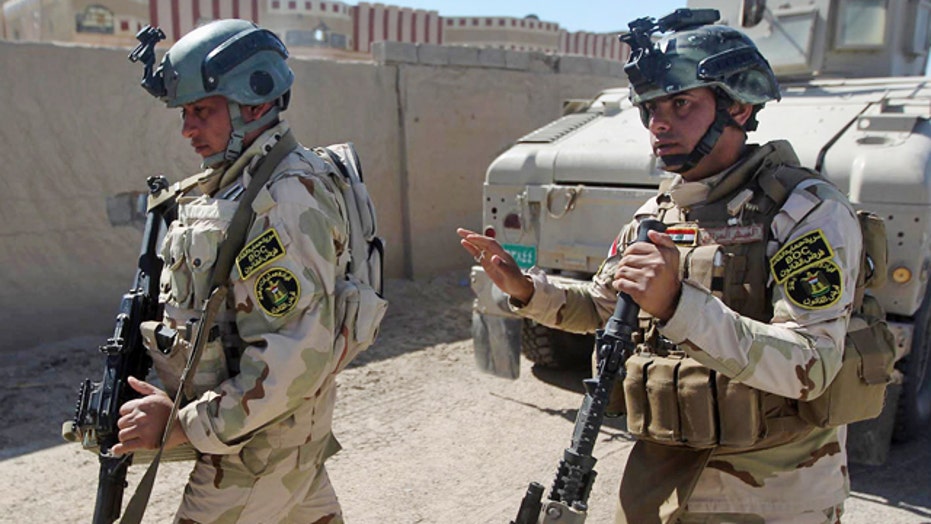 Will Iraqi forces be able to defeat ISIS without US help?

Governor Dr. Najmaldin Karim of the Kirkuk Province in Iraq weighs in

The fight against ISIS is raging in Iraq as Iraqi and Kurdish forces try to push back the terrorist group, though there are new concerns among U.S. officials over their strategy.

Pentagon officials said Wednesday they aren’t confident Iraq could secure one of the country’s largest oil refineries in Baiji in an ongoing battle with militants.

This is the latest battleground where Iraqi troops have so far failed to gain the upper hand against the terrorists.

“The Baiji refinery is very important to us because it's used to get crude oil from Kirkuk,” said Karim. “There have been repeated attempts by different Iraqi government forces to regain total control of the refinery.”

He added that “many times declarations are made that the refinery is safe and secure … but unfortunately that has not been the case.”

The stalemate between ISIS and Iraqi forces could risk continued support from Washington. ISIS still controls the key cities of Mosul and Fallujah and is currently involved in a months-long fight to control Ramadi.

“We all know the Iraqi military has significant problems with numbers, training, weapons … really the two active forces in Iraq today are the Shia mobilization units and also the [Kurdish] Peshmerga,” said Karim, a fellow Kurd.

Karim believes Iranian support “is impeding some of the successes that could have happened.”

Airstrikes against ISIS targets have proven key to slowing the terrorists’ movements. He says, however, “airstrikes need to be more intense, more frequent, and less routine (red tape) in hitting a target when it's decided it’s an important [one].”

Looking ahead, Karim says the Kurds will most likely remain a part of Iraq despite widespread instability.

“The Kurds have chosen to stay in federal Iraq … but unfortunately there have been significant problems … so for Iraq to stay together, the only way is to allow for regions [regional governments] to be formed … otherwise the country will fall apart.”