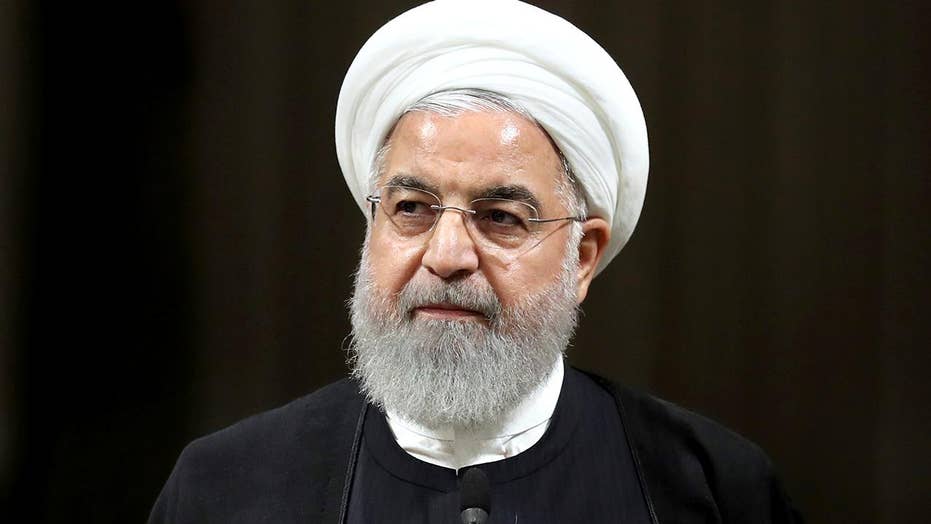 A horribly familiar description of the Iranian regime’s persecution of Christians and other minorities emerged from a U.S. State Department report on religious freedom published Friday.

“In Iran, the regime’s crackdown on Baha’is, Christians and others continues to shock the conscience,” Secretary of State Mike Pompeo said.

The U.S. has classified the Islamic Republic as a “Country of Concern” since 1999, because its regime violates religious freedom as defined by the U.S. International Religious Freedom Act (1998).

Richard Grenell, the U.S. Ambassador to Germany, told FoxNews.com, “Freedom to believe and worship the way you want is a fundamental right. It is never acceptable for governments to punish or intimidate citizens for their religious beliefs.” Grenell, a devout Christian, is a former Fox News contributor.

The 30-page section on Iran appeared in the State Department’s 2018 Report on International Religious Freedom and was reviewed by FoxNews.com.

The section read in part: “Christians, particularly evangelicals and converts from Islam, continued to experience disproportionate levels of arrests and detention, and high levels of harassment and surveillance, according to Christian NGO reports. Numerous Christians remained imprisoned at year’s end on charges related to their religious beliefs. Prison authorities reportedly continued to withhold medical care from prisoners, including some Christians, according to human rights groups.”

The State Department report wrote that “authorities took Nadarkhani and the three other sentenced Christians to Evin Prison following a series of violent raids on their homes, which included beatings and electroshock weapons.”

As of May 2018, “Omidi, Mossayebzadeh, and Fadaie still awaited the outcome of the appeal of their September 2016 sentence of 80 lashes for consumption of communion wine.”

Iran’s penal code prescribes the “death sentence for proselytizing and attempts by non-Muslims to convert Muslims, as well as for moharebeh (‘enmity against God’) and sabb al-nabi (‘insulting the Prophet’).”

Alireza Nader, the CEO of New Iran, a research and advocacy organization based in Washington, D.C., told Fox News: “Religious freedom and state repression has increased under President [Hassan] Rouhani. Christian converts and Baha’is are under severe pressure in particular. Far from providing a government of ‘moderation,’ Rouhani has instead abetted state repression against all Iranians, especially minorities.”

As of July 2018, there were approximately 547,000 Christians in the Muslim-majority country, based on World Christian Database statistics. The state’s Statistical Center of Iran claims there are 117,700 Christians out of a total population of 83 million, while Elam Ministries, a Christian organization, “estimates that there could be between 300,000 and one million Christians. The majority of Christians are ethnic Armenians concentrated in Tehran and Isfahan.”

The US government report says Muslims make up 99.4 percent of the population, and that 90-95 percent are Shiites while 5-10 percent are Sunnis.

Dr. Yossi Mansharof, an expert on Iran and Political Shiite Islam at the Jerusalem Institute for Strategy and Security (JISS) and the Ezri Center for Iran and Persian Gulf Studies at the University of Haifa, told FoxNews.com: “Religious minorities have faced various manifestations of repression by the Iranian authorities since the Islamic Revolution [of 1979], even though its constitution grants these minorities some rights and privileges. The key factor to understanding this gap is the inherent drive of the Islamic Shiite regime to marginalize the other religions and revive the Shiite belief as the true religion, superior to any other. The most threatened and repressed religious minorities by the Shiite revolutionary regime of Iran are therefore the advocates of the Baha’i faith and then of the Sunni belief.”

Mansharof said, “Other religious minorities in Iran, such as Christianity and Judaism, also face various difficulties and persecutions. The possible means to decrease these persecutions is to make a significant improvement in the freedom of the religious minorities a condition for any engagement and talks with the Iranian regime. Unfortunately, in light of the concentration on other crises related to Iran, especially its nuclear ambitions and expansionist drive, which is boosted by terrorism, the important topic of human rights in Iran does not get its proper place in the engagement of the international community with the Islamic regime of Iran.”