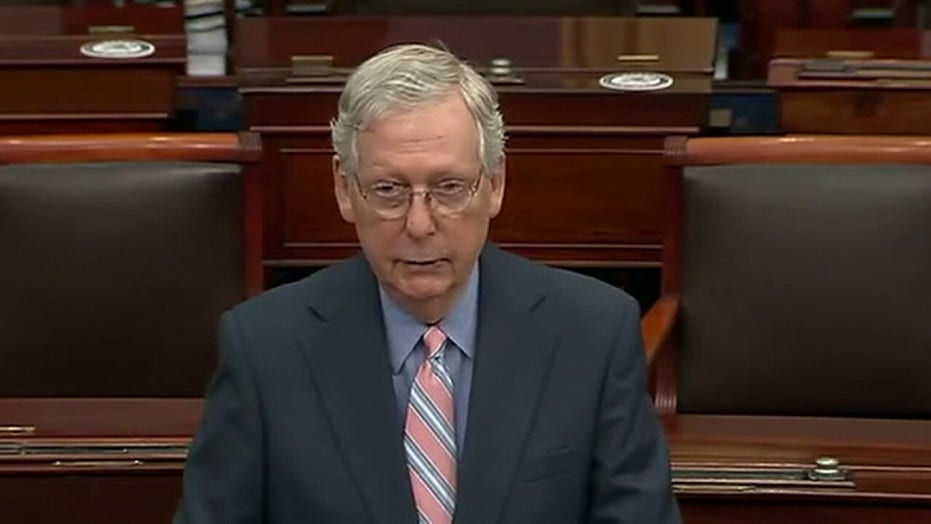 The vote will be an uphill battle for Senate Democrats; Chad Pergram reports from Capitol Hill.

Iran and Venezuela are working together to circumvent United States sanctions, according to reports.

Five Iranian tankers are sailing to Venezuela, carrying at least $45.5 million worth of gasoline and similar products. The capacity of the ships is believed to be around 175,000 metric tons.

“This is like a new one for everyone,” said Capt. Ranjith Raja, an analyst who tracks oil shipments by sea at the data firm Refinitiv, of the gasoline shipments. “We haven’t seen anything like this before.”

Raja notes the ships all appear to have been loaded from the Persian Gulf Star Refinery near Bandar Abbas, Iran, which makes gasoline. One of the vessels, the Clavel, listed its AIS destination as Caracas beginning May 12, according to log data from ship-tracking website MarineTraffic.com.

The vessel later changed its destination as "TO ORDER" two days later, though the ship remains on route to what appears to be Venezuela as it leaves the Mediterranean Sea.

Given the crushing U.S. sanctions imposed on Iran, Venezuela appears to be the country willing to accept the shipments. Raja said Refinitiv had no data on any Iranian gasoline shipment ever going to South America before.

Quoted by a website affiliated to Iranian state television, cabinet spokesman Ali Rabiei on Saturday said he did not have any information on the ships.

“We have to sell our oil and we have access to its paths,” Rabiei said. “Iran and Venezuela are two independent nations that have had trade with each other and they will” in the future.

Iran has warned America that it will retaliate against any actions should America act “like pirates” and attack any of the vessels.

“If the United States, like pirates, intends to create insecurity on international highways, it will take a dangerous risk that will certainly not go unnoticed,” warned Nour, an Iranian news agency believed to have ties to the country's Supreme National Security Council.

VENEZUELA CLAIMS IT 'FOILED' ATTACK BACKED BY US, COLOMBIA

Venezuela suffers a deepening economic crisis, which has driven up crime rates and deepened political divides within the country. Crumbling public services such as running water, electricity and medical care have driven nearly 5 million people to leave.

Venezuelan President Nicolás Maduro has previously turned to Iran for help, but Iran has finally responded after the coronavirus pandemic, an oil crisis and U.S. sanctions have hit the Iranian economy.

Earlier this month, Iran authorized the replacement of the rial with the toman, which is worth 10,000 rials, in an effort to curb the rampant inflation that has ravaged the country. Iran's currency as lost more than 60 percent of its value while consumer prices rose 37 percent just this year.

It remains unclear how the U.S. will respond to the tankers. On Thursday, the U.S. Treasury, State Department and Coast Guard issued an advisory warning the maritime industry of illegal shipping and sanctions-dodging tactics by countries, including Iran.