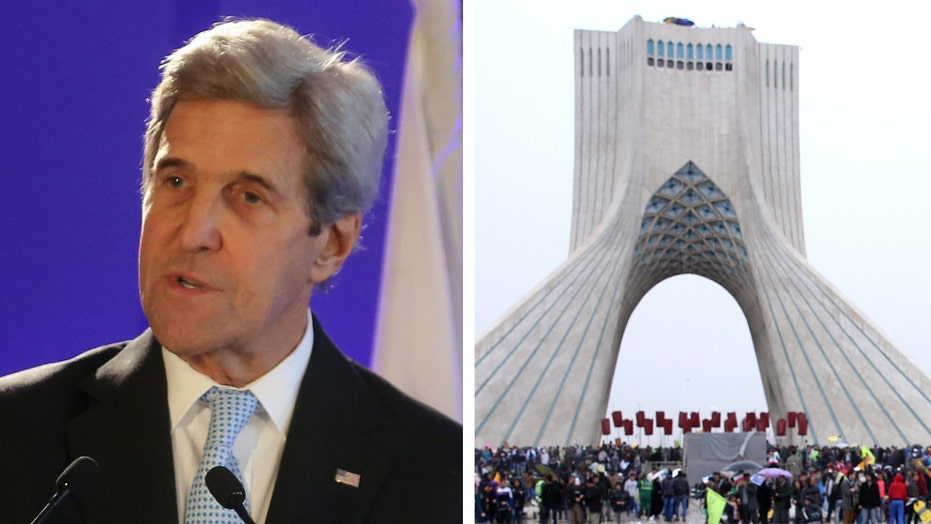 Major foreign policy issue of his tenure surrounded by uncertainty

Iran is set to receive a massive shipment of natural uranium from Russia -- enough, potentially, for several bombs, diplomats said Monday, highlighting a move that could give the Islamic Republic major leverage if the U.S. tries dismantling the controversial nuclear deal.

The transfer -- which the U.S. and five other world powers that negotiated the nuclear deal approved -- foresees delivery of nearly 130 tons of natural uranium in exchange for giving up tons of reactor coolant, two senior diplomats told The Associated Press. Any natural uranium sent to Iran would still be subject to strict surveillance under the nuclear deal, a senior U.S. official told Fox News.

Uranium can be enriched to levels ranging from medical and research purposes to the core of an atomic bomb. Iran claims it has no interest in such weapons and its activities are being closely monitored under the nuclear pact to make sure they remain peaceful.

The natural uranium agreement comes at a sensitive time. With the incoming U.S. administration and many U.S. lawmakers already skeptical of how effective the nuclear deal is in keeping Iran's nuclear program peaceful over the long term, they might view it as further evidence that Tehran is being given too many concessions.

Tehran already got a similar amount of natural uranium in 2015 as part of negotiations leading up to the nuclear deal, in a swap for enriched uranium it sent to Russia. But the new shipment will be the first such consignment since the deal came into force a year ago.

The diplomats, whose main focus is Iran's nuclear program, demanded anonymity Monday because they are not allowed to discuss the program's confidential details.

They spoke ahead of a meeting this week in Vienna of representatives of Iran, the United States, Russia, China, Britain, France and Germany to review Iranian complaints that the U.S. was reneging on sanctions relief pledges included in the nuclear deal.

The diplomats said any natural uranium transferred to Iran after the deal came into effect would be under strict surveillance by the U.N.'s International Atomic Energy Agency for 25 years after implementation of the deal.

They said Tehran has not said what it would do with the uranium but could choose to store it or turn it into low-enriched uranium and then export it for use as reactor fuel.

Despite present restrictions on its enrichment program, the amount of natural uranium is significant should Iran decide to keep it in storage, considering its potential uses once some limits on Tehran's nuclear activities start to expire in less than a decade.

David Albright, whose Institute of Science and International Security often briefs U.S. lawmakers on Iran's nuclear program, says the shipment could be enriched to enough weapons-grade uranium for more than 10 simple nuclear bombs, "depending on the efficiency of the enrichment process and the design of the nuclear weapon."

The swap is in compensation for the approximately 44 tons of heavy water exported by Iran to Russia since the nuclear agreement went into effect, said an official from one of the six powers, who also demanded anonymity citing confidentiality issues. Another 30 metric tons have gone to the U.S. and Oman.

Heavy water is used to cool a type of reactor that produces more plutonium than reactors cooled by light water. Like enriched uranium, plutonium can be turned into the fissile core of a nuclear weapon.