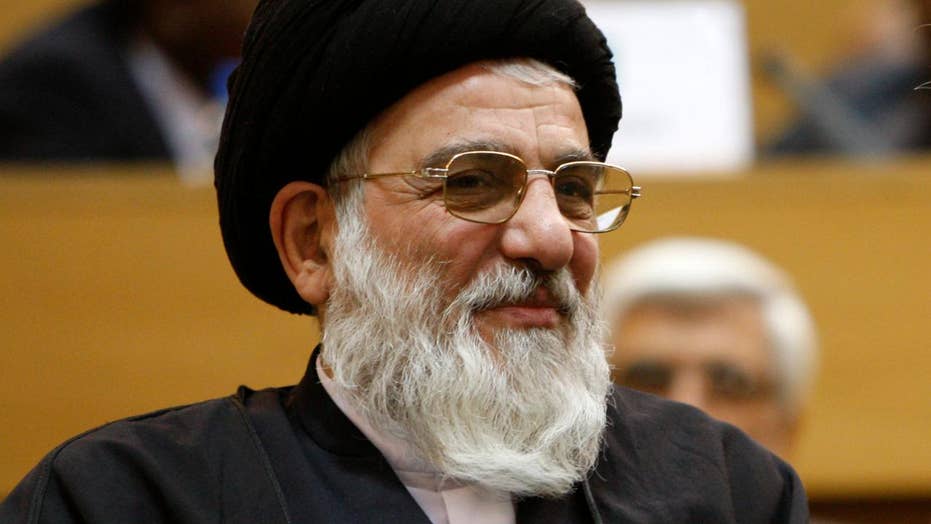 Iran threatens to revive nuclear program after US sanctions

Rouhani warns the restored program would be more dangerous than the one it suspended two years ago; Rich Edson has the story for 'Special Report'

Iran’s atomic chief warned Tuesday the country needs only five days to bolster its uranium enrichment to a level at which the material could be used for a nuclear weapon.

Ali Akbar Salehi’s warning, along with recent comments by Iranian President Hassan Rouhani, indicates Iran would be willing to push back against President Trump while still acknowledging they want to keep in place the Iran nuke deal, which lifted crippling economic sanctions on the country.

"If there is a plan for a reaction and a challenge, we will definitely surprise them," Salehi said, who also serves as one of Rouhani's vice presidents. "If we make the determination, we are able to resume 20 percent-enrichment in at most five days."

"Definitely, we are not interested in such a thing happening,” Salehi continued. “We have not achieved the deal easily to let it go easily. We are committed to the deal and we are loyal to it."

Iran said it gave up the majority of its stockpile of 20-percent enriched uranium as part of the nuclear deal it struck with world powers, including Trump's predecessor, President Barack Obama. The accord, which lifted sanctions on Iran, currently caps the Islamic Republic uranium enrichment at 5 percent.

While Iran long has maintained its nuclear program is for peaceful purposes, uranium enriched to 20 percent and above can be used in nuclear bombs. Iran processed its stockpile of near 20 percent uranium into a lower enrichment, turned some into fuel plates to power a research reactor and shipped the rest to Russia as part of the deal.

At the time of the deal, the Obama administration and most experts said that Iran would need at least a year after abandoning the deal to have enough nuclear material to build a bomb.

Iranian President Hassan Rouhani warned last week the country could ramp up its nuclear program and quickly achieve a more advanced level if the U.S. continues “threats and sanctions” against his country. (AP)

Before the deal was struck, experts said Iran could “break out” toward a bomb in a couple of months.

The deal has yet to bring the economic benefits to the average Iranian, but airlines in the country have signed deals for billions of dollars of aircraft from Airbus and Boeing. Car manufacturers and others have swept into the Iranian market as well as the country has boosted its oil sales. Abandoning the deal would put those economic gains in jeopardy.

IRAN LASHES OUT AT TALK OF NEW SANCTIONS, SAYS IT COULD ABANDON NUCLEAR DEAL ‘WITHIN HOURS’

Rouhani, a moderate cleric who won re-election recently, warned last week that it could ramp up its nuclear program and quickly achieve a more advanced level if the U.S. continues “threats and sanctions” against his country.

Rouhani’s comments were made after Trump signed a sanctions bill in August imposing mandatory penalties on people involved in Iran’s ballistic missile program and anyone who does business with them. The U.S. legislation also applies terrorism sanctions to Iran's Revolutionary Guard and enforces an existing arms embargo.

During his campaign, Trump called the Iran nuclear deal “a disaster” and “the worst deal ever negotiated."