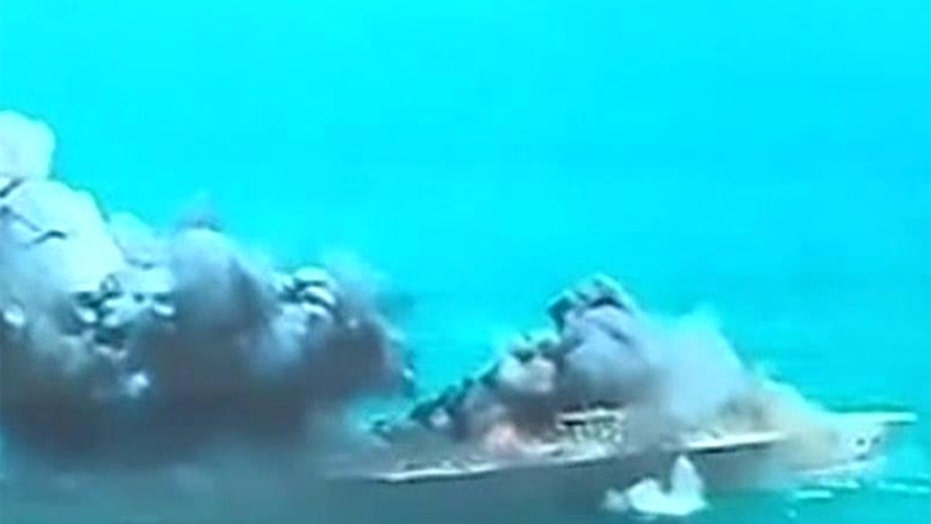 Despite Iran's denials that it is on the path to a nuclear bomb, new evidence charges that the Islamic republic has an "underground top-secret site" that is enriching uranium intended for nuclear weapons that has been hidden from the West for years.

According to the Iranian opposition group, the National Council of Resistance of Iran (NCRI), the complex, called Lavizan-3, is right outside Tehran, "buried deep underground in tunnels and underground facilities" with "radiation-proof doors" to prevent any leaks that could be detected by the United Nations International Energy Agency inspectors.

The revelations were unveiled during a Washington, D.C., news conference by the NCRI, which first exposed elements of Iran's covert nuclear program in 2002.

"There is no way in the world you can assure Tehran is not developing nuclear weapons, if you can't inspect those sites ..."

"This site must be inspected," declared Alireza Jafarzadeh, deputy director of the NCRI's Washington, D.C., office.

"There is no way in the world you can assure Tehran is not developing nuclear weapons if you can't inspect those sites, especially if you are talking about a regime that has over two decades of a track record of lying and cheating and deceiving the whole world,” he charged.

The NCRI describes the underground complex as having an elevator that "descends several stories, deep underground, and opens into a 650-foot tunnel, which leads to four parallel halls. Because the ground is inclined, the halls are deeper underground," by as much as 164 feet below the surface.

The NCRI also says it smuggled out a photograph showing a 1-foot thick lead-lined door that shields the complex from radiation, and that the secret rooms and hallways are insulated for sound and radiation leaks so that they would remain undetected.

"If the United States is serious about preventing the Iranian regime from obtaining nuclear weapons, it must make the continuation of talks conditional on the IAEA immediately inspecting Lavizan-3 site," demanded Soona Samsami, the NCRI's United States representative. "Any delay in doing so will enable the Iranian regime to destroy the evidence as it has done in the past."

The NCRI says that the Iranian regime has secretly used the site to enrich uranium with advanced centrifuges since 2008, and is part of a long pattern of hiding its true nuclear activities in order to deceive the world powers.

"The notion that the Iranian regime will abandon their nuclear weapons program is misguided and a product of mullahs' duplicity and Western economic and political expediency," said Samsami.

The NCRI said that the revelations show that Tehran "has been continuing to lie for more than a decade and has deceived the world community. Research and Development with advanced centrifuges in highly secret sites are only intended to advance the nuclear weapons project. While the regime deceived the world into believing that it had halted its nuclear weapons program in 2003, it had been, in fact, heavily involved in excavating tunnels and preparing this nuclear site from 2004 to 2008. It has clearly lied."

The revelations come as Secretary of State John Kerry had been meeting with his Iranian counterpart, Iranian Foreign Minister Mohammad Javad Zarif, over the weekend in Geneva about the nuclear program.

The world powers are trying to reach a deal for a political agreement on Tehran's nuclear activities by the March 31 deadline. The goal is to stop Tehran from having the ability to build a potential nuclear bomb. In return, the West would drop billions of dollars of sanctions that have hurt the Iranian economy.

But the NCRI is skeptical that any agreement will stop Iran from having a nuclear bomb within its reach.

"Those who hope to secure the regime's cooperation in the campaign against fundamentalism by offering nuclear concessions to the mullahs are both increasing the chances of a nuclear-armed Iran and contributing to the spread of Islamic fundamentalism," the NCRI says.

"I can't state this more firmly: The policy is Iran will not get a nuclear weapon," Kerry declared at a U.S. Senate hearing on Tuesday.

"There is no deal yet, and I caution people to wait and see what these negotiations produce," he said.

"We have halted the progress of Tehran's nuclear program, we gained unprecedented insight into it and we expect to know soon whether or not Iran is willing to put together an acceptable and verifiable plan."

Tehran has long denied that it seeks nuclear weapons, and says that it only wants nuclear capability for the generation of electricity, a claim many critics deride. Fox News contacted the United Nations' International Atomic Energy Agency in Vienna, but the agency declined to comment.

“We have seen these claims and we take all such reports seriously," said U.S. State Department spokeswoman Jen Psaki. "We are examining the report but we have no information at this time to support such a conclusion.”

Iran's United Nations Mission, which has previously branded the National Council of Resistance of Iran as "a terrorist" organization, "a cult," and claimed that its allegations about the Iranian nuclear program have been "fabricated," declined to comment.

In an exclusive interview with Fox News last year, the NCRI leader, Maryam Rajavi, warned that Tehran "cannot be trusted...it is abundantly clear that the mullahs' regime is after the nuclear bomb. Thus we are demanding an end to the nuclear program."

"Any concessions to the mullahs will, no doubt, enable them to find a way to cheat in order to secretly continue its activity to reach the nuclear bomb...this is unacceptable," Rajavi told Fox News.

Ben Evansky and Jonathan Wachtel contributed to this report