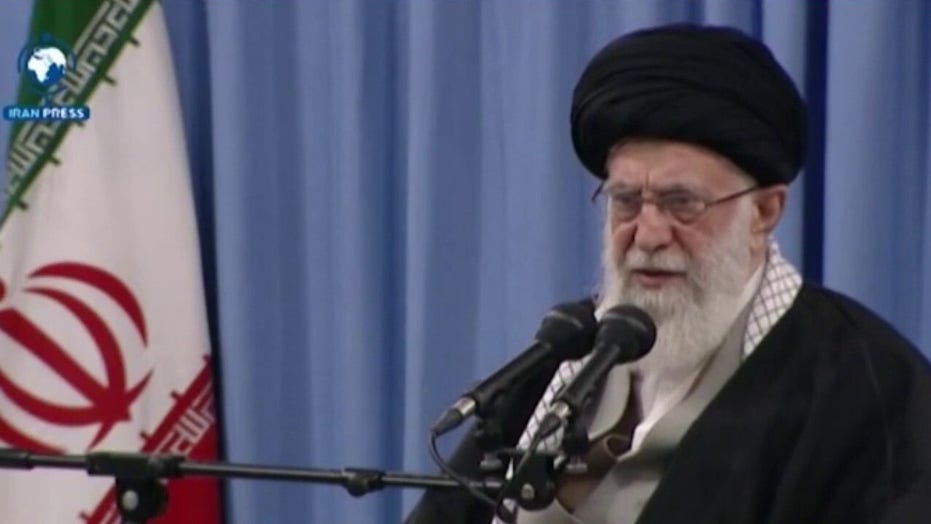 Iranian President Hassan Rouhani criticized President Trump on Wednesday and promised the country would give a "crushing response" if the arms embargo on Tehran is extended, according to a report.

Trump had pulled the U.S. out of the nuclear deal back in 2018 because he believed it didn't limit the country's missile program enough. Iran called on the U.S. to lift its sanctions and provide compensation for reimposing them.

"If America wants to return to the deal, it should lift all the sanctions on Tehran and compensate for the reimposition of sanctions ... Iran will give a crushing response if the arms embargo on Tehran is extended," Rouhani said, according to Reuters.

President Hassan Rouhani attends a cabinet meeting in Tehran, Iran, on March 18. He criticized President Trump on Wednesday and promised the country would give a "crushing response" if the arms embargo on Tehran is extended, according to a report. (Office of the Iranian Presidency via AP) (AP)

Secretary of State Mike Pompeo said on “Fox News @ Night” last week that Trump will use “every tool we have” to stop Iran from getting more conventional arms.

“We're going to use every tool we can in our diplomatic capability to ensure that that prohibition on arms sales to Iran doesn't expire [in] just a handful of months," he said.

A U.S. official confirmed to Fox News on April 26 that Pompeo was preparing a legal argument claiming the country is still a participant in the 2015 nuclear agreement with Iran.

It would give the U.S. standing at the United Nations Security Council to push to extend the arms embargo.

Pompeo noted that the Iran nuclear deal set a date in October of 2020 where any country could start selling "conventional arms to the Islamic Republic of Iran," which he said was a reason they pulled out of it.

Rouhani on Wednesday criticized the decision by Trump to pull out of the nuclear deal, declaring that he "made a stupid mistake," according to Reuters.