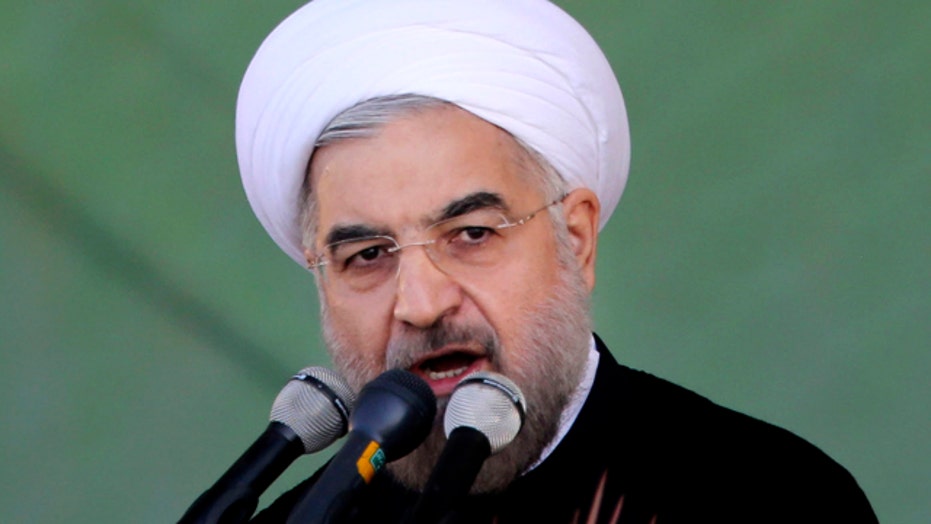 Should Obama meet with Iran's president?

TEHRAN, Iran – Iran's President Hasan Rouhani, speaking Sunday on the eve of a trip to New York to attend the U.N. General Assembly, declared his country is ready for talks with the West on its disputed nuclear problem.

Rouhani, who was elected in June promising a new willingness to engage diplomatically with the world, has said the trip may be a chance to start a new round of nuclear negotiations.

Rouhani and President Barack Obama are both scheduled to attend the General Assembly's annual meeting in the week ahead, setting up the possibility of the first exchange between American and Iranian leaders in more than three decades.

"The Iranian nation is ready for negotiation and talks with the West," Rouhani said.

The president has promised to abandon the bombastic approach favored by his predecessor Mahmoud Ahmadinejad, but continues to assert Tehran's position that it has the right to conduct nuclear activities that the West fears could be a step toward weapons development, especially the enrichment of uranium. Iran says its program is peaceful, intended for purposes including research and cancer treatment, and enrichment is necessary for purposes including the fueling of reactors.

"If (Western countries) yield before Iran's rights, the Iranian nation backs cooperation, logic, peace and friendship," Rouhani said. "Then we will be able to resolve regional, even global problems."

Iran and the United States are also at odds over the civil war in Syria. Tehran backs President Bashar Assad, while Washington supports rebels trying to oust him.

Rouhani also insisted that the U.S. foreswear a military strike against Iran's nuclear program, a possibility that Washington has left open. "No nation will accept war and diplomacy on (the same) table," he said.

He reiterated Iran's position that it does not intend to build nuclear weapons.

The speech at a military parade for the 33th anniversary of Iraq's 1980 invasion of Iran, which set off a ruinous eight-year war. The speech was carried live by state TV.