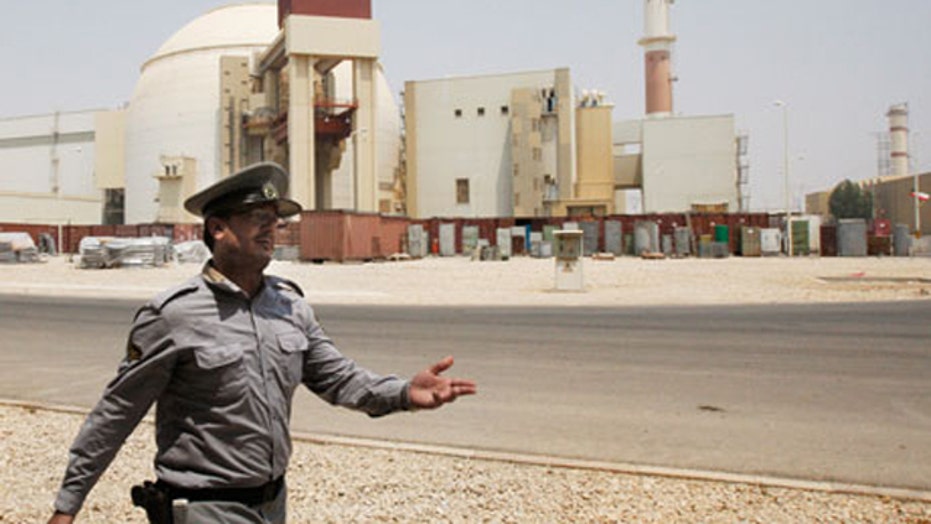 VIENNA – The U.N. nuclear agency said Friday that its attempts to probe allegations that Tehran worked on nuclear weapons were deadlocked -- a finding that all but rules out hopes of full nuclear deal between six world powers and Iran by the Nov. 24 target date.

Iran agreed in February to work with the International Atomic Energy Agency, in what was seen as a test of Tehran's professed new willingness to reduce tensions over its nuclear program.

Since then, the agency has sought information on alleged experiments with detonators that can be used to set off nuclear explosions; work on high-explosive charges used in nuclear blasts, and alleged studies on calculating nuclear explosive yields.

Iran denies wanting -- or ever working on -- nuclear arms. Since February, it has provided information only on the detonators, insisting that they were used for oil exploration or non-nuclear military purposes. The agency says interconnected information suggests that they were being tested for nuclear weapons use.

"Iran has not provided any explanations that enable the agency to clarify the outstanding practical measures," said the confidential report from the IAEA obtained by The Associated Press.

The finding is significant in recording where the investigation stands for the U.S. and five other world powers negotiating with Iran.

The U.S. and its allies say no final agreement will be reached until the IAEA says it's satisfied with its inquiry. With the IAEA investigation stalled, the agency has little hope of reaching final conclusions by Nov. 24.

Diplomats have told The Associated Press that -- if agreement is reached constraining Iran's uranium enrichment program and other activities that could be turned to making nuclear arms -- Washington was willing to extend the IAEA investigation.

But they say the U.S. would set a time limit on any such extension and keep some sanctions on Tehran in place until the IAEA delivers its ruling. That would satisfy neither hardliners in Iran who want a full lifting of sanctions nor U.S. congressional critics, particularly after this week's Republican sweep of Congress.

As part of its probe, the IAEA has for years sought access to Parchin, a sprawling military establishment southeast of Tehran. It says it has indications that Iran built a special chamber there to conduct testing of high explosives linked to setting off a nuclear explosion -- and has progressively cleaned up the site.

An Iranian opposition group claimed Friday to have new information linked to such testing. The National Council of Resistance told reporters in Washington that a second chamber was also built, with its present location unknown and that both structures were constructed by a company affiliated with the Islamic Revolutionary Guards.

The IAEA suspects Vycheslav Danilenko -- a Ukrainian who worked in a Soviet-era research institute that was identified mainly with nuclear weapons -- played a major role in building the Parchin chamber -- something Danilenko has denied. The IAEA has not formally connected other foreigners with the project, but the opposition officials in Washington said Danilenko was helped by his son-in-law, Vladimir Padalko.

The council has a mixed record of credibility on Iran's nuclear activities. It was instrumental in revealing more than a decade ago that Tehran had a secret program but some of its other allegations remain unproven.

It says its latest information came from inside Iran's atomic energy agency, the defense ministry, the Islamic Revolutionary Guard Corps and other Iranian organizations linked to the country's nuclear program.

State Department spokeswoman Jen Psaki had no comment on the council's information.