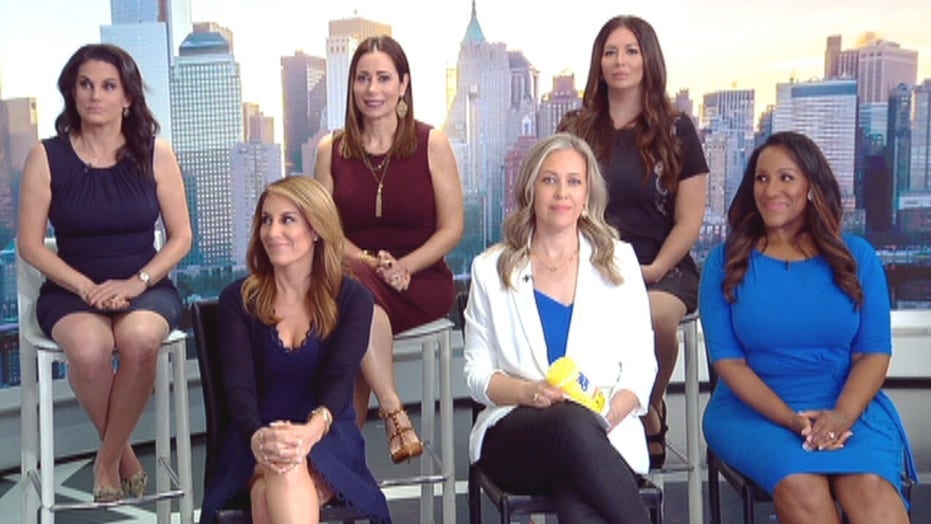 Moms open up on their biggest coronavirus concerns

As more schools close across the country, a panel of moms have their biggest coronavirus questions answered by Dr. Nicole Saphier.

As the Iranian regime battles the proliferation of coronavirus, officially termed COVID-19, it has turned the blame-game toward the United States and its harsh implementation of economic sanctions.

Mourners wearing face masks and gloves pray over the body of former politburo official in the Revolutionary Guard Farzad Tazari, who died Monday after being infected with the new coronavirus, at the Behesht-e-Zahra cemetery just outside Tehran, Iran, Tuesday, March 10, 2020. Iran is the hardest-hit country in the Mideast by the new coronavirus, which sickens but largely doesn't kill those afflicted.  (Mahmood Hosseini/Tasnim News Agency via AP)

Since pulling out of the Iran nuclear deal almost two years ago, the U.S. has steadily increased sanctions in a bid to squeeze the leadership into cooperation. However, the U.S. has also offered to help Tehran fight coronavirus, an offer that has so far been dismissed.

While the official death toll inside the Islamic Republic hovers at around 354, critics contend that the government is concealing the true number and it could be as high as 3,000 or more.

At a press conference on Wednesday, a spokesperson for the Health Ministry said they are currently dealing with a surplus of 9,000 cases and that the new pathogen killed 63 more people over the last day. Iran’s Supreme Leader, Ayatollah Ali Khamenei, has also vowed to honor the medical staff who die treating patients as “martyrs” akin to losing their lives in the war theater for their nation.

CORONAVIRUS CASES IN US EXCEED 1,000, AS MICHIGAN SEES ITS FIRST CASES

In this Tuesday, March, 10, 2020 photo, paramedics work in a laboratory that tests samples taken from patients suspected of being infected with the new coronavirus, in the southwestern city of Ahvaz, Iran. (Amind Nazari/ISNA via AP)

Even by an official count, Iran has the third-highest number of cases of the virus after China and Italy. Some experts now believe the Middle East nation could be the nucleus of the spread globally.

"Nobody believes the numbers coming out of Tehran," Matthew Schmidt, national security and political science expert at the University of New Haven, told Fox News. "It may well be that Iran is now the epicenter of the outbreak. The government has and continues to misreport the number of cases and deaths. But this is due as much to incompetence as a cover-up."