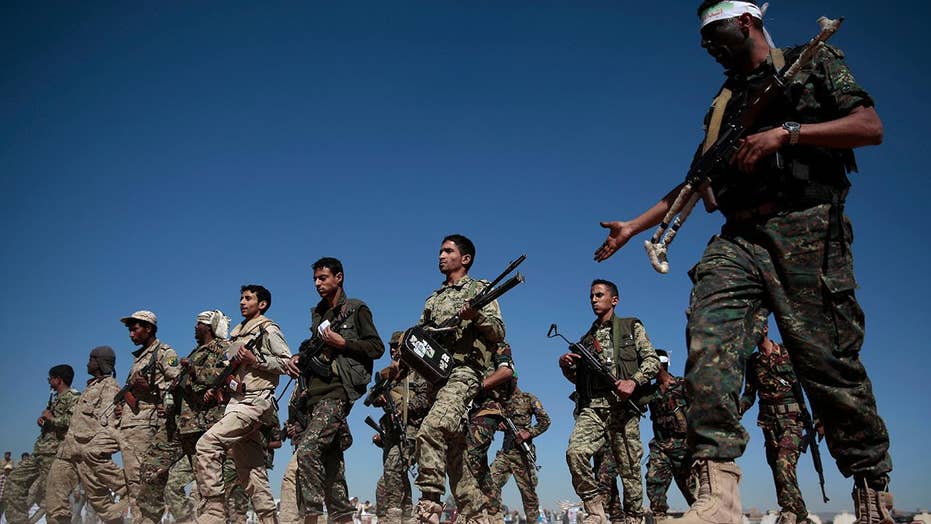 New satellite images indicate Iran is building a border crossing at the Syrian-Iraqi border, which would open up a coveted land route from Iran to Lebanon, according to Western intelligence sources.

The images, obtained exclusively by Fox News and captured earlier this week, show a new construction in the Albukamal Al-Qaim crossing.

A new construction in the Albukamal Al-Qaim crossing was seen via satellite. (ImageSat International)

The area is under the control of Pro-Iranian Shiite militias. Last summer, Iran increased its presence in the area.

According to analysts for ISI, which captures satellite data, the existing border crossing is still closed and destroyed, and the Iranians have put a lot of effort and resources into building the new one.

Photos obtained by Fox News showed an Iraqi army base near the deserted post.

The border crossing would enable Iran to maintain land access in Syria, Beirut and the Mediterranean Sea. Regional and western sources said the Iranians are planning to use this new route for smuggling operations, including trafficking weapons and oil, to avoid the looming U.S. sanctions. Without Syrian or Iraqi supervision, Iran and its allies would have an unprecedented advantage in transferring whatever they wish, experts say.

An Iraqi army base seen near the deserted crossing.

This development sheds new light on the rising tensions between the U.S. and Iran, which escalated after President Trump canceled the temporary waivers permitting countries, including Iraq, Turkey, Japan and China, to purchase Iranian oil without violating U.S. sanctions.

Secretary of State Mike Pompeo, in an interview Thursday with “Fox & Friends,” spoke about the sanctions and said “there’s a long history of Iranian terror that long predates our sanctions efforts, so this isn’t just about our sanctions, this is about the nature of this theocratic regime, these kleptocrats in Tehran. We’re determined to push back.”

Iraqi Prime Minister Adel Abdul Mahdi said on Tuesday during his cabinet meeting that Iraq will send delegations to Tehran and Washington D.C. in order to “attempt to push for de-escalation and reach agreements because all sides say they don't want war.”

He said Iraq “more than any other country” is affected by developments as it sits in the middle of the “storm.”

“This is our national duty,” he said. “This is our responsibility in defending in protecting Iraq and its people.”

The White House reportedly is considering calling up to up to 10,000 more troops to the Middle East, as well as additional naval ships and Patriot missile batteries.