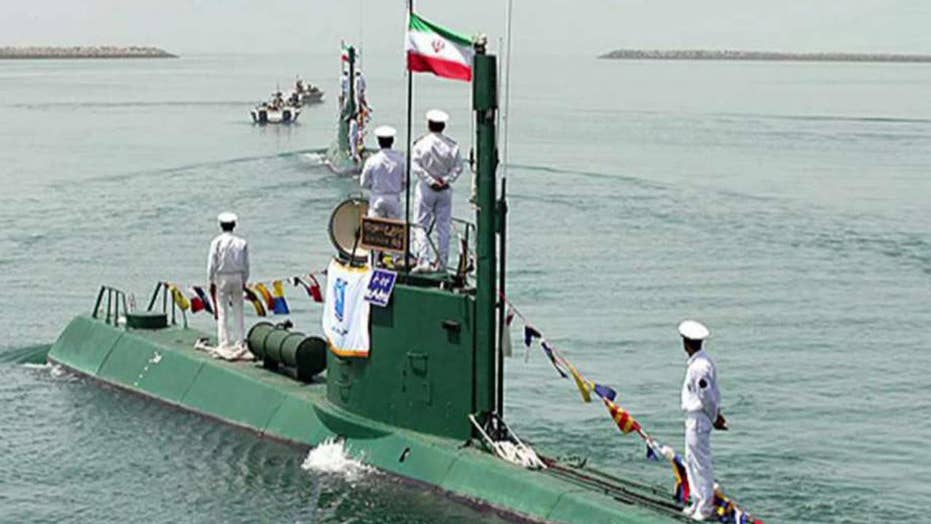 US officials: Iran tried to launch cruise missile from sub

Iran attempted to launch a cruise missile from a submarine in the Strait of Hormuz on Tuesday but the test failed, two U.S. officials told Fox News.

An Iranian Yono-class “midget” submarine conducted the missile launch. North Korea and Iran are the only two countries in the world that operate this type of submarine.

In February, Iran claimed to have successfully tested a submarine-launched missile. It was not immediately clear if Tuesday’s test was the first time Iran had attempted to launch a missile underwater from a submarine.

This incident comes on the heels of other recent provocations from Iran.

In April, the U.S. Navy's guided-missile destoryer fired a warning flare after an Iranian Revolutionary Guard vessel came within 1,000 meters of the USS Mahan.

The USS Mahan "made several attempts to contact the Iranian vessel by bridge-to-bridge radio, issuing warning messages and twice sounding the internationally recognized danger signal of five short blasts with the ship's whistle, as well as deploying a flare to determine the Iranian vessel's intentions."

Iranian officials announced late last month that the country's defense budget had increased by 145 percent under President Hassan Rouhani and that its military is moving forward with a massive restructuring effort aimed at making it a "forward moving force," according to reports in the BBC.

Iran's official IRNA news agency also announced recently that the country has become self-sufficient in producing the amount of gas that it requires on a daily basis.

North Korea in 2015 conducted a successful ballistic missile test from a submarine for the first time.