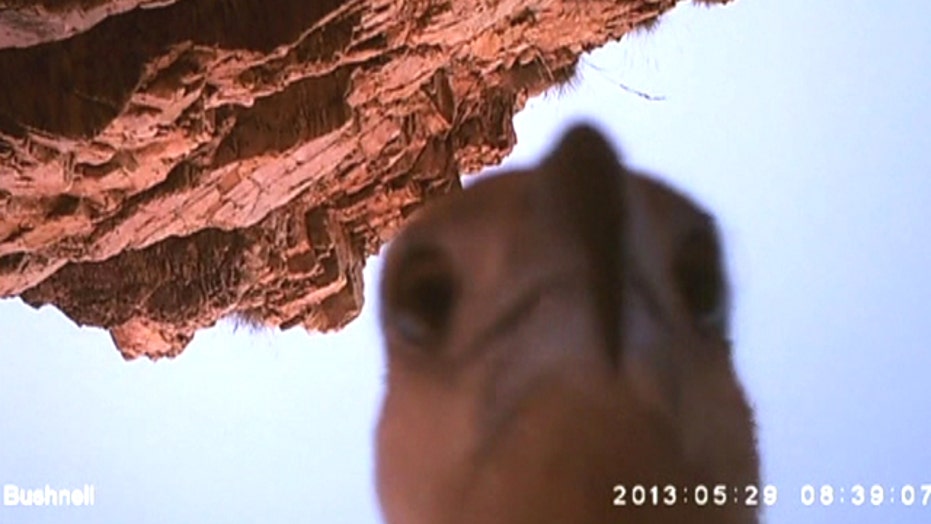 SYDNEY, Australia – A brazen bird snatched a video camera that was recording crocodiles in northwest Australia and captured fascinating footage of its 70-mile journey across the country's remote landscape.

Wildlife rangers in Western Australia's Kimberly region released video on Monday that reveals the sea eagle's caper. The bird's flapping wings can be seen as it grabs the device and takes off, and the eagle later poses for a selfie, poking its face into the camera lens.

Rangers set up the motion-sensor camera along the Margaret River in May, hoping to record images of crocodiles. The camera, which is about 4 to 6 inches long and 2 inches wide, disappeared soon after and the rangers figured it had fallen into the water.

The rangers recently found out that the device had been found near the Mary River, about 70 miles away, ranger Roneil Skeen told the Australian Broadcasting Corp. When they examined the video inside, the real culprit was revealed.

The rangers plan to bolt down their cameras from now on, Skeen said.