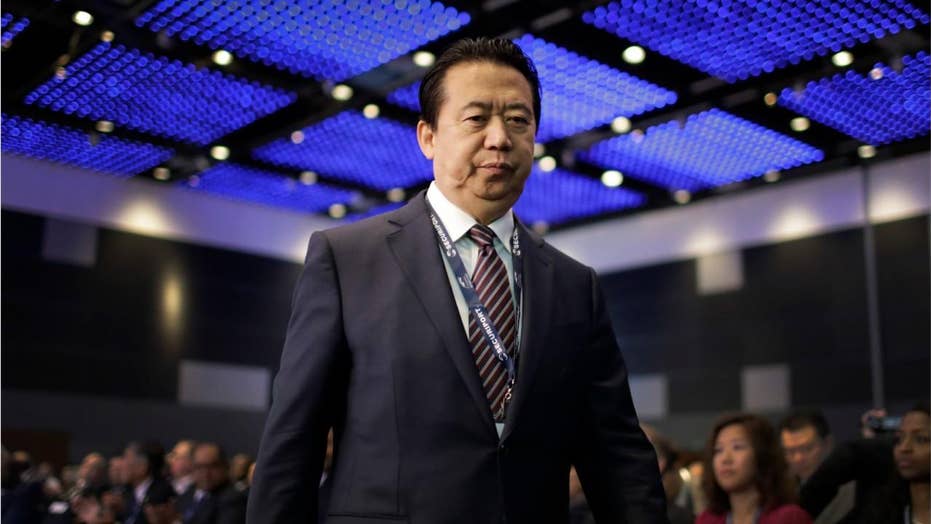 Meng Hongwei the president of Interpol has been missing since late September. An investigation is currently on-going.

The president of Interpol vanished after traveling to his native China last month, a French judicial official announced Friday.

The official, who spoke to the Associated Press on condition of anonymity because of the ongoing investigation, said the wife of Meng Hongwei contacted authorities today after Meng went dark sometime after arriving in China in late September.

Interpol later said it was aware of media reports "in connection to the alleged disappearance of INTERPOL President Meng Hongwei.

"This is a matter for the relevant authorities in both France and China," the organization said in a statement, adding that Jurgen Stock, its secretary general, is responsible for running its day-to-day operations.

Meng was last seen in Lyon, France, which is the headquarters of the international police organization.

"He did not disappear in France," a source close to the investigation told Sky News.

Before taking over as Interpol's chief in 2016, Meng served as Vice Minister of Public Security in China. Meng, 64, is the first Chinese official to head Interpol.

The Associated Press reported that Meng is a member of China's Communist Party and his various past jobs likely put him in close contact with Zhou Yongkang, a former Chinese security chief and fellow Communist Party member now serving a life sentence for corruption.

The news agency says Meng has no public allegations against him, but officials who are under investigation by the Communist Party typically are held for months without disclosure to the public and usually are not given legal counsel.