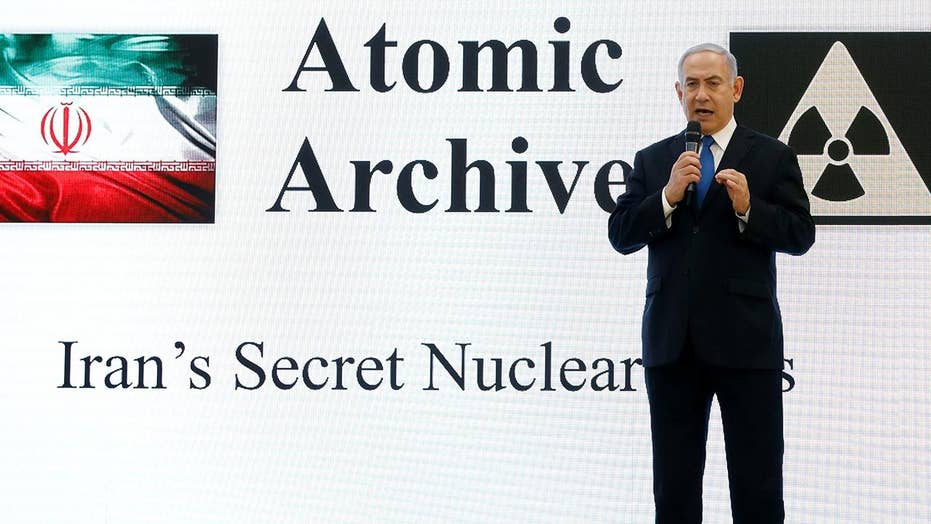 The Israeli team secretly reached the warehouse holding the materials and broke in during a tight time window when it knew the building would be unguarded, the officials said. To avoid drawing attention to the nondescript facility, Iran hadn’t posted full-time guards, they said, but rather relied on alarm systems that the Israeli agents disabled.

The Israeli operation was first revealed by Prime Minister Benjamin Netanyahu at an April press conference in which he declared that the stolen documents proved Iran had lied for years in claiming it didn’t have a nuclear-weapons program.

In a lengthy briefing at a security facility here last week, senior Israeli intelligence officials disclosed additional details about the operation. Those include specifics on how the documents were removed from Iran; the existence within the documents of the warhead designs, for which Israel said Iran got unspecified foreign assistance; the operation of a secret explosives-testing facility that international inspectors had long searched for in vain; and a scramble by Iranian officials to keep their nuclear program alive after international inspectors concluded it had been suspended.

It is impossible to verify Israel’s claims about the documents, which Iranian officials dismissed in April as an “orchestrated play” designed to turn the Trump administration against the agreement President Barack Obama and other world leaders negotiated to curb Iran’s nuclear activities. President Donald Trump pulled the U.S. out of the accord in May.

Alireza Miryousefi, a minister-counselor at Iran’s U.N. mission,​said in response to the new allegations: “Iran has always been clear that creating indiscriminate weapons of mass destruction is against what we stand for as a country and the notion that Iran would abandon any kind of sensitive information in some random warehouse in Tehran is laughably absurd. It’s almost as if they are trying to see what outlandish claims they can get a Western audience to believe.”