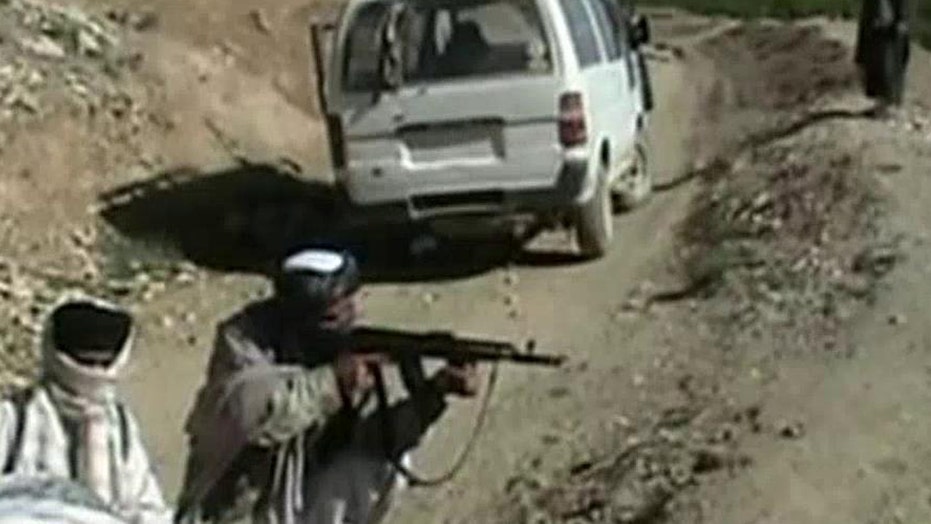 Rise of the Taliban in Afghanistan: What's next?

KABUL, Afghanistan - He has spent more than a decade in mountainous combat zones collecting intelligence for the Afghanistan National Army (ANA), but nothing could have prepared Abdul for what happened last Friday when the Taliban carried out its bloody reign of terror against his military base, Camp Shaheen, in northern Afghanistan.

Although considered one of the nation's most secure bases in the now relatively peaceful city of Mazar-i-Sharif, two pickup trucks with at least eight Taliban fighters disguised immaculately as ANA soldiers passed through multiple checkpoints undetected, flashing fake military identification cards to obtain access. The attack, with seemingly every detail planned, was a sophisticated slaughter.

"Their uniforms were proper, right down to their shoes. The attackers were clean-shaven. In the backseat, was a pretend wounded soldier who was all bloody and bandaged and acting like he was in pain," the prominent intelligence officer and survivor of the attack -- who is also privy to the ongoing investigation and requested he only be identified as Abdul -- told Fox News. "They said it was a medical emergency, insisting that they needed to be let into the base immediately to save the soldier."

That final checkpoint, Abdul stressed, did not have any type of barricading and only had cones manned by three guards. Those three nervous guards promptly called their headquarters to find out if the army hospital was expecting the urgent case, and with the disguised insurgents pressuring them to hurry, names were likely not adequately cross-checked.

The guards were instructed to let them in straight away but to inform them that they must leave their cache of weapons -- supposedly rocket-propelled grenades, M16 rifles and M240 machine guns -- at the gate. As it turns out, Abdul said, their weapons were even ANA-issued ones, believed to have been seized by the Taliban from captured Afghan soldiers in a battle in Sar-e-Pul province, 120 miles away, two years ago.

The insurgents refused to leave their weapons, and a fierce fight with the guards broke out. "The enemy," as Abdul called the Taliban attackers, shot all three guards. Two died and a third remains in a critical condition.

If it wasn't for this altercation, however, it is likely the casualties would have been far higher. The intention of the attackers was to breach the mosque just before 1 p.m. and open fire during final prayers -- where 1,500 unarmed personnel would have been easy prey in one enclosed space.

Rather, the terrorists -- with a potent PKM machine gun installed on the roof of at least one of their trucks to spray bullets into the crowd -- made their way in just as prayers had ended and people were making their way outside.

"I heard the gunshots, two minutes later I heard a massive explosion and I knew it came from the gate near the front," Abdul said calmly, gripping the prayer beads in his lap. "I knew then we were under attack by the Taliban."

And then yet another explosion cracked the air. While still reeling from the shock, Abdul vividly recalled running away from the random shooting amid the "absolute chaos" of screaming victims. As he ran two others ran beside him, one had blood gushing from the left side of his head and the other was bleeding from his waist, his pants drenched red.

Nearby, an apparent Afghan Army soldier was calmly directing terrified recruits "to safety" by ushering them inside. Scores poured in, trusting that familiar uniform. Minutes later, he blew himself up -- killing more than 20.

According to Abdul, there are many components of that day that officials are still trying to piece together. The section of the dining hall where people were being lured in is "always locked" but for some reason on that afternoon, it was open. Furthermore, the guards at the checkpoints outside all insist that there were only eight infiltrators in the vehicles, whereas eyewitnesses and attack victims have all said the number of attackers was at least 10.

To maximize the effectiveness of their plan and ensure none of their own were killed in the rampage, the attackers apparently tied red cloth around their arms as an ID symbol.

Around 250 feet from the mosque there was another detonation, causing more stricken witnesses to pour back inside their sacrosanct space. However, the enemies followed them in and murdered them mercilessly. One survivor detailed how he played dead, lying face down in a pool of his fellow soldiers' blood. After 10 minutes, there was a sudden lull and a voice called out that "it was over" and "survivors stand up." Slowly, several did. Then they were shot dead.

Still frozen with fear on the floor, that one survivor overheard the insurgents discuss that their next attack was to be the military hospital. They left for a few minutes and came back, double checking all were deceased -- any slight movement resulted in being shot -- before the Taliban realized some had fled into hiding in the imam's private room and barricaded the door with a refrigerator. That was met with bullets sprayed through the door and a grenade launched through the window, according to another survivor who huddled inside and was still left "burned but still living."

At that time, others hid in an adjacent washroom where soldiers wash their hands and feet before prayer. Another 20 to 25 were slain inside by a suicide bomber before Afghan commandos and a quick reaction team entered the battle zone and engaged "the enemy" for quite some time, before silence finally fell.

"One of the commandos stood outside the mosque," Abdul remembered. "He asked if anyone was alive."

But in a mass of countless limbs and broken bodies, just three emerged. One officer said the death toll from that day was 160 and eight more died this week, according to the registry that compensates their families. Some 130 of the victims were young recruits who had only just graduated from military school.

The tragedy induced a surprise visit to Kabul by U.S. Defense Secretary Jim Mattis earlier this week as Washington formulates its new strategy for the conflict-rippled country. As many as eight ANA personnel have since been arrested and more remain under investigation, adding to concerns of inside assistance to carry out the attacks and Afghanistan's defense minister and Army chief have resigned.

"A lack of leadership caused this. Those appointed to high ranks are based on links and lobbies and not the best at the job. Change must come from the top down," Abdul added. "I see this as a major victory for the Taliban, it will boost their morale. We cannot have this happen to us again. We cannot."