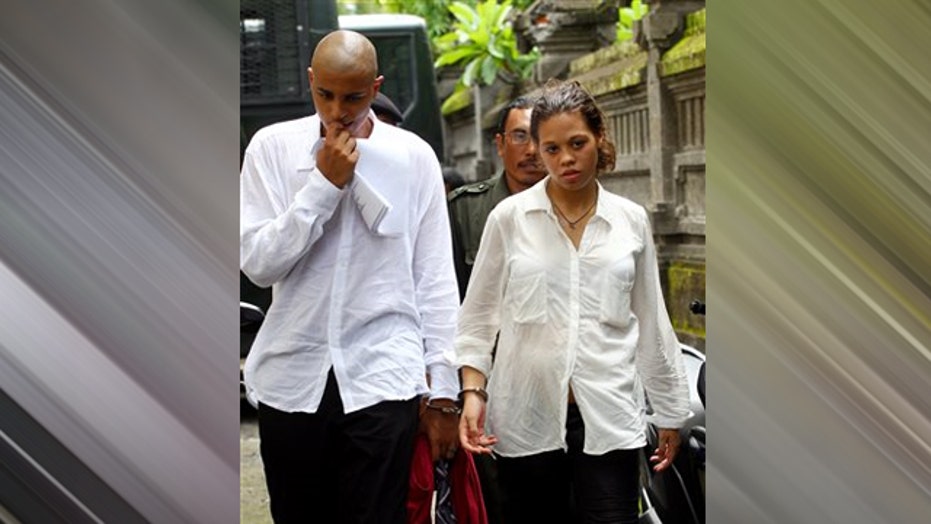 Heather Mack, 19, and her boyfriend Tommy Schaefer, 21, both from Chicago, are being tried separately at the Denpasar District Court on Bali. They could face the firing squad if found guilty of premeditated murder of Sheila von Wiese-Mack, 62, whose badly beaten body was found in a suitcase on the trunk of a taxi outside an upscale hotel Aug. 13.

In their pleas, the lawyers said indictments submitted last week have raised questions of whether there were other people entering the victim's room and killing her. They asked the judges to annul the indictment.

Mack and her mother arrived in Bali on Aug. 4 and stayed in Kuta before moving to the St. Regis hotel in Nusa Dua, where they planned to stay at room 317 until Aug. 14, while Schaefer arrived Aug. 12 and stayed at room 616 of the same hotel, booked by Mack under her mother's name, according to the indictment.

However, in describing activities of Schaefer and Mack in the morning of the woman's death, the prosecutors mentioned the wrong numbers of the hotel rooms in their indictments, the lawyers said.

According to the indictment, "around 8:30 (0030 GMT) Schaefer, with an iron grip of a fruit bowl on his hand, has come to the 616 rooms, rang the bell and Mack opened the door for him. They then hug each other and chatted."

She said that such inaccurate explanation caused multiple interpretations of the suspects' activities and the crime scene.