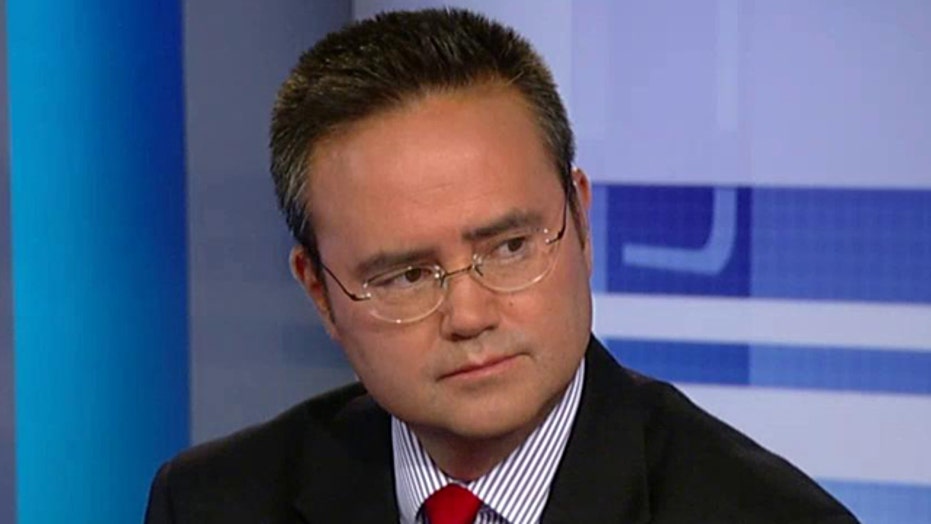 UK under pressure to take on jihadist problem

A British jihadist’s apparent role in the beheading of American journalist James Foley shows Britain has become an “incubator for terrorism,” and cries out for Prime Minister David Cameron to tackle the growing problem of radical Islam, critics of the government say.

Former rapper Abdel Majed Abdel Bary, 23, is believed to be the hooded figure who loomed over Foley and blasted the U.S. airstrikes in Iraq before cutting off his head in a gruesome video released Aug. 19, a senior Western intelligence official told Fox News. If that proves true, it would only be the latest example of barbarism from a British-raised Muslim extremist.

“Britain is dealing with a great evil within its midst,” Nile Gardiner, director of the Margaret Thatcher Center for Freedom, told FoxNews.com. “You have thousands of Islamic militants using Britain as their base from which to launch global operations.”

“Britain is dealing with a great evil within its midst."

— Nile Gardiner, director of the Margaret Thatcher Center for Freedom

Cameron and his Conservative party must step up and meet the challenge, Gardiner said.

“Cameron is under a lot of pressure,” Gardiner said. “He has to be more aggressive against those who are traitors to their countries. Britain is acting as an incubator for terrorism.”

In May, 2013, two British-born Muslim converts, Michael Adebolajo and Michael Adebowale, hacked soldier Lee Rigby to death on a busy London street in broad daylight in a crime that shocked the nation. That attack followed several acts of terrorism carried out by British jihadists within the United Kingdom, most notably the July 7, 2005 coordinated bombings of subway trains and a bus in central London that killed 52 and injured more than 700.

It also would not be the first time a British citizen was involved in the beheading of an American journalist. In 2002, British-born Omar Saeed Sheikh coordinated the kidnapping and beheading of Wall Street Journal reporter Daniel Pearl, a crime for which he was later convicted and sentenced to death.

Numbers recently released by the British government indicate that Britain has an alarming problem with jihadism, especially with citizens traveling abroad to fight with terror groups.

While recent numbers from the Ministry of Defence show that there are 650 Muslims in the Armed Forces, a Home Office spokesman told FoxNews.com that nearly as many young Muslims -- approximately 500 -- have traveled to Iraq and Syria to join the Islamic State terror group.

Additionally, since 2010, government investigators have taken down more than 47,000 pieces of terrorist propaganda on the Internet, and have frequently broken up events featuring extremist speakers, the spokesman said.

The Home Office touts its “Prevent strategy” as an example of the effort to combat British-based Islamic extremism. The strategy focuses on supporting community-based campaigns and activity to rebut terrorist propaganda, to warn about the dangers of traveling to Syria and Iraq, and to identify and support those vulnerable to radicalization.

Critics say such methods are woefully inadequate and that successive British governments have failed to deal more substantively with the specter of Islamic extremism that haunts the UK.

London Mayor Boris Johnson recently stated that anyone travelling to Syria or Iraq should be presumed “guilty until proved innocent.” And UK Independence Party leader Nigel Farage has joined the chorus of voices calling for those who fight abroad for terror groups to be stripped of passports and citizenships.

"We simply cannot have a situation where militants return and benefit from National Health Service treatment, welfare benefits, council housing and so forth when they have chosen to go abroad and fight western values in the most appalling way possible,” Farage said in a statement released this week.

Farage called for the United Kingdom to strip militants who hold joint nationality of their UK citizenship and said those whose only nationality is British could have their passports withdrawn.

Member of Parliament David Hanson, the Labour Party’s Shadow Home Office Minister, also called for stronger measures to be enacted, as well as an overhaul of the Prevent program “so that more is done working with communities to prevent radicalization in the first place.”

The government has scrambled to respond, using notably stronger language since Foley’s death.

In a statement issued shortly after the video was released, Foreign Secretary Philip Hammond described ISIS as “a cancer” and acknowledged that the terror group poses ‘a direct threat to the UK’s national security.”

Cameron, who cut short his vacation to Cornwall upon learning of Foley’s murder, said “far too many British citizens” have traveled to Iraq and Syria to join Islamic State’s bid to establish a Sharia Law caliphate.

“What we must do is redouble all our efforts to stop people going, to take away the passports of those contemplating travel, to arrest and prosecute those who take part in this extremism and violence,” Cameron said.

Home Secretary Theresa May said last week 23 Britons intending to travel to Syria have had passports revoked. May also announced a host of new measures aimed at preventing the movement of terrorists and radicalization in the UK, including tools to ban extremist groups and revoke citizenships in certain circumstances.

May’s measures have already been criticized for being too soft by high-profile Conservative MPs such as David Davis who, in an editorial for the Daily Mail, described May as “lacking in focus and urgency.”

Yet there are also those calling for restraint from the government, with vocal opposition from Muslim and left-wing groups. CAGE -- an independent advocacy group campaigning against the War on Terror -- condemned what it called the “blanket criminalization” of Muslim fighters going off to fight in Syria, and argued that the risk to the UK is exaggerated, with the subsequent counter-terror measures causing more harm than good by alienating Muslim communities.