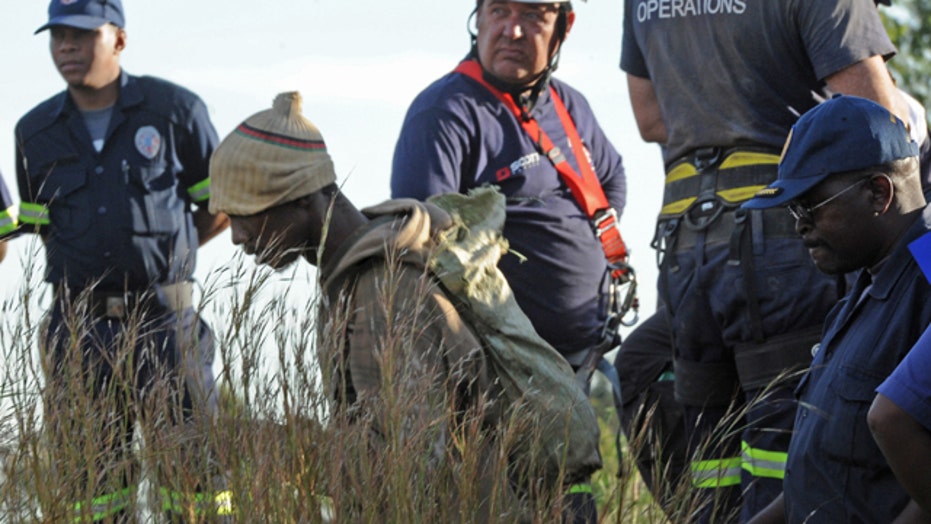 Illegal miners trapped in South Africa refuse to be rescued

JOHANNESBURG – South African police say 11 miners who were trapped by debris in an abandoned mine shaft and later rescued face charges of illegal mining.

The South African Press Association reported Monday that the miners are in police custody after their rescue a day earlier.

Emergency workers say other miners who were working illegally at the site near Johannesburg refused to come out of the shaft because they feared arrest. Local media say the trapped miners were discovered after police patrolling in the area heard shouting beneath a mine entrance that had been blocked by a large boulder.

Penalties for illegal mining include fines and prison time in some cases. Illegal mining is common in South Africa, a major producer of gold and platinum.