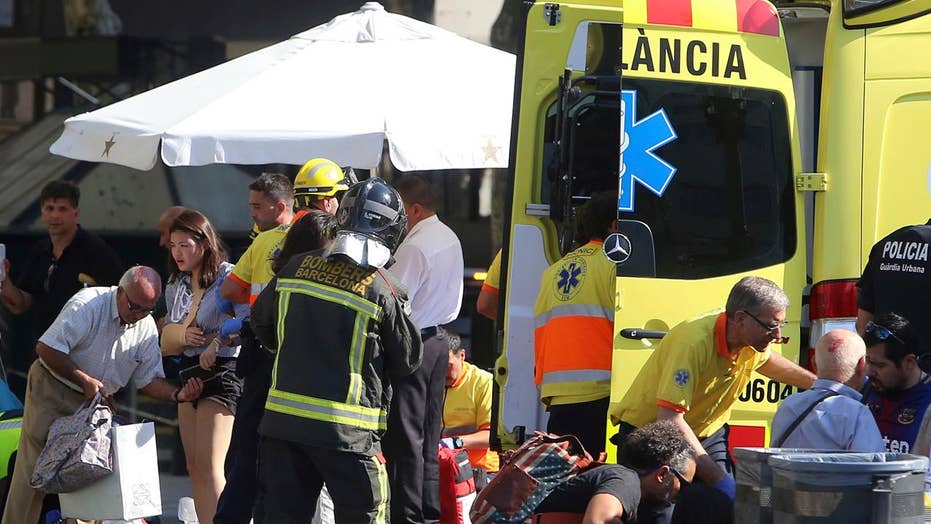 Officials in Europe were beginning Friday to identify those killed or injured in Thursday’s vehicular terrorist attack in Barcelona that killed at least 14 people and injured more than 100.

Belgian officials identified Elke Vanbockrijck, 44, as one of the victims. Mayor Patrick Dewael, of Tongeren, Belgium, east of Brussels, said she lived in his town and he presided over her wedding in 2014.

According to Belgian media, the woman was on vacation in Spain with her husband and sons.

Irish and Romanian officials said citizens from those countries were hurt in the attack as well.

Irish officials said a 5-year-old boy and his father were among the injured, but emphasized the injuries were not life-threatening. The two were part of a family of four celebrating the boy's birthday in Barcelona.

Irish Foreign Affairs Minister Simon Coveney said he was thankful there weren't more Irish nationals hurt, as “there are so many Irish people in Spain -- Barcelona and Cambrils -- at this time of year.”

Romanian officials said three of their nationals were injured but none suffered serious injuries.

The French government reported that 26 of their nationals were injured.

Australia said one of its citizens hasn’t been accounted for and Danish officials said two Danes were “lightly wounded.”

Meanwhile, as the hunt continues for the driver of the van who plowed into the crowd of people on one of Barcelona's busiest streets, European leaders have issued condemnations of the attack and condolences to the victims.

Swedish Prime Minister Stefan Lofven said he was "horrified by reports from Barcelona," while Danish Prime Minister Lars Loekke Rasmussen expressed frustration that the continent has "again been attacked by terror."

Pakistani Prime Minister Shahid Khaqan Abbasi lashed out at the terrorists, saying: "so long as the terrorists underestimate the spirit of the societies they seek to undermine, they will lose."

In Germany, Chancellor Angela Merkel and other politicians, agreed to tone down the nation’s election rhetoric “as a sign of solidarity for those people affected in Spain.”