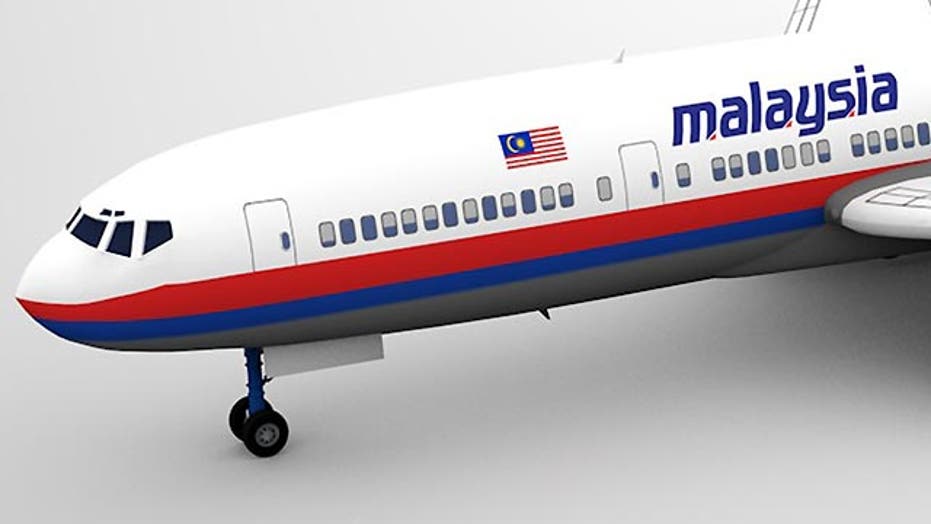 Multiple scenarios still on the table as search continues without clues

PERTH, Australia – Crews searching for the missing Malaysia Airlines jet launched a targeted underwater hunt on Friday for the plane's black boxes along a stretch of remote ocean, with just days left before the devices' batteries are expected to run out.

The Australian navy ship Ocean Shield, which is dragging a towed pinger locator from the U.S. Navy, and the British navy's HMS Echo, which has underwater search gear on board, will converge along a 150-mile track in a desolate patch of the southern Indian Ocean, said Angus Houston, the head of a joint agency coordinating the search.

The plane's data recorders emit a ping that can be detected by the equipment on board the ships. But the battery-powered devices stop transmitting the pings about 30 days after a crash -- meaning searchers have little time left before the batteries on Flight 370's black boxes die out. Locating the data recorders and wreckage after that is possible, but incredibly difficult.

The area the ships are searching was chosen based on hourly satellite pings the aircraft gave off after it vanished from radar March 8 on a flight from Kuala Lumpur to Beijing. That information, combined with data on the estimated speed and performance of the aircraft, led them to that particular stretch of ocean, Houston said.

"The area of highest probability as to where the aircraft might have entered the water is the area where the underwater search will commence," Houston said. "It's on the basis of data that only arrived very recently and it's the best data that is available."

Air crews and ships have been searching for weeks for the Boeing 777, but have so far found no trace of the plane.

Finding floating wreckage is key to narrowing the search area, as officials can then use data on ocean currents to try and backtrack to the spot where the plane entered the water -- and where the coveted data recorders may be. Those devices would provide crucial information about what condition the plane was flying under and any communications or sounds in the cockpit.

Despite weeks of fruitless searching, Houston said he hadn't given up hope something would be found.

"I think there's still a great possibility of finding something on the surface," he said. "There's lots of things in aircraft that float."

Fourteen planes and nine ships were taking part in Friday's hunt across a 84,000 square mile expanse of ocean, about 1,100 miles northwest of Perth, the Joint Agency Coordination Center overseeing the search said.

The search area has shifted each day, as the investigative team continues to analyze what little radar and satellite data is available while factoring in where any debris may have drifted due to ocean currents and weather.

Houston said it was unlikely that any additional pinger locators would join the search any time soon as they are in scarce supply.