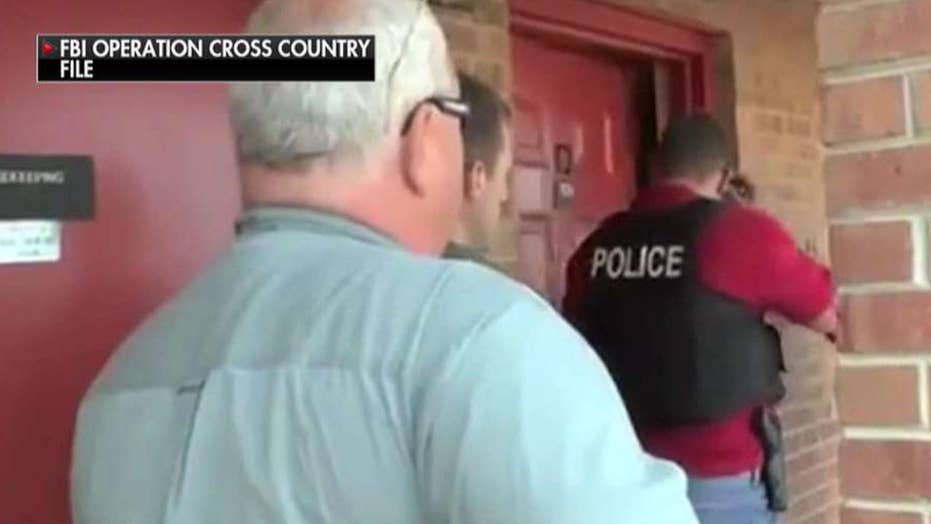 The dark trade of human trafficking

Every year more than 40 million people are forced into the world of human trafficking across the globe and it's someone's son or daughter that is trapped in this modern-day slavery.

It’s everyday Americans who are the most common victims of human trafficking, with some as young as 10 years old being traded or sold for forced labor and sexual exploitation.

Trafficking is a persistent problem in the United States and across the globe. While awareness has been raised in recent years, most are unaware of how widespread the problem is. Occurring everywhere from major cities to idyllic rural communities, trafficking traps people in a dark, insidious criminal world.

“Five men came in and it went from a Friday night to a Sunday morning -- constantly. There was no sleep or break or anything it was just constantly being attacked by these men, and they kept giving me drugs and giving me liquor. And they just kept me hopped up.”

The Investigative Unit at Fox News has spent the past several months examining this growing issue, and the findings are shocking. Those who are sold into this forced life are often people from within the U.S.

The "average person seems to think it's a foreign national who’s come from really far away. That they’re smuggled in illegally. But the truth of the matter is in the years that I've worked with survivors of trafficking, over 90 percent are U.S. citizens,” Andrea Powell, founding president ofthe advocacy group Karana Rising, told Fox News during a recent interview in Washington, D.C.

“She [the victim] is lured by someone pretending to be a father figure or more accurately usually a boyfriend or sort of a combination of both,” Powell adds. “I've worked with over a thousand survivors of trafficking and I can think of two or three fathers who were involved in the lives of their daughters before they were trafficked.”

Fox News interview a number of sex trafficking survivors and nearly all of them had a similar story.

“[I was a] 15-year-old girl with alcohol and drug issues who just thought she'd faced death. So, he picked me out,” Said “C,” who asked that her name be withheld. She recalled how she got forced into the dark world of sex work when she was just a young teenager from a broken home.

“We actually met on a video game. And ended up chatting. And I think he just knew by the way I talked and how I presented myself to something he was a little different because he kept prodding questions about where was I and if I was OK. And you know he made it seem like he really cared about me. So eventually I started opening up.”

“C” who asked that her identity be withheld, recalled in a recent interview how she was forced into sex work when she was just a young teenager from a broken home.

C says that the man eventually picked her up and took her across the country on his trucking runs. At first, everything seemed normal about the new friendship between them.

“We were in North Carolina, actually, he took me out for dinner and he got me really drunk and when we got back to the hotel he told me that it would mean a lot to him if I would make his friends happy.”

“Five men came in and it went from a Friday night to a Sunday morning -- constantly. There was no sleep or break or anything it was just constantly being attacked by these men, and they kept giving me drugs and giving me liquor. And they just kept me hopped up.”

C’s tale is all too common. Thousands of young women in the U.S. are preyed upon by someone promising them the world.

Kylee Gregg, 18, an advocate and former trafficking victim from Toledo, Ohio, said she was just 10 when she was befriended by a couple who seemingly wanted to help her escape an abusive mother.

“I was more or less on my own and I was befriended by this boy a few years older than me and he saw that I didn't really always have a place to sleep or didn't always have food because my mother was in the habit of kicking me out,” Gregg said to Fox News, “And he said well you come with me and I can give you someplace to sleep, some food. And so his family, they kind of got me to trust them. And then once I trusted them, they revealed their true nature, which was that they were a sex trafficking ring.”

Gregg recalls being trapped in this dark underworld for nearly four years.

18-year-old Kylee Gregg of Toledo, Ohio, is a former trafficking victim and advocate who was just 10 when she was befriended by a couple who seemingly wanted to help her escape an abusive mother. Instead, she was trafficked by the couple for nearly four years.

“It was a living hell. I was on different substances and different drugs depending on the day,” she says. “I had to have an illegal abortion when I was 11. That was performed on me by another girl who was in the trafficking ring. She was 13, and she had already had a legal abortion herself earlier in her life.”

Gregg is now attending college and works with advocacy groups to help bring awareness to trafficking by sharing her story.

“It was awful. It is like really terrible. And I feel like it's something that a lot of people think doesn't happen here. [That] it doesn't happen in their neighborhoods and it does.”

William Sweeney, assistant director in charge of the FBI’s New York field office, says that it’s the most vulnerable who are preyed upon -- and it often happens in plain sight.

The assistant director in charge of the FBI’s New York field office, William Sweeney, says that it’s the most vulnerable that are preyed upon -- and it often happens in plain sight. His field office operates a human trafficking task force in conjunction with the New York City Police Department.

“It's often targeting the most vulnerable in society, people that you might walk by every day-- whether you go through a transit hub, whether you're at a hotel, and something that doesn't capture your attention right off the bat,” Sweeney said in a recent interview with Fox Report anchor Jon Scott.