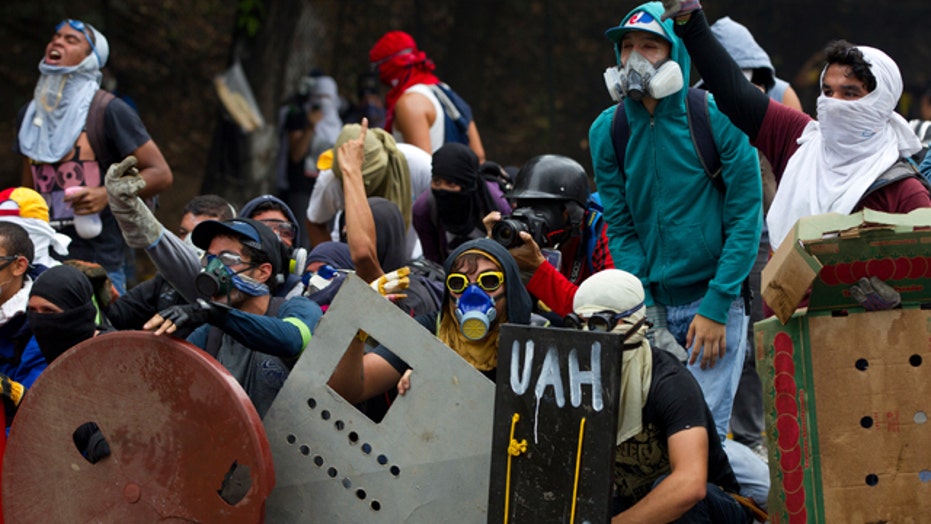 Venezuelan President Nicolas Maduro and opposition leaders are meeting this week for formal talks to end weeks of protests. Critics of Venezuela’s government believe no deal can be achieved because Maduro is not willing to give in to their demands.

Fox News National Security Analyst KT McFarland spoke to Jose Cardenas about the prospects of an agreement. Cardenas is a former State Department senior adviser and currently serves as an associate with Vision Americas.

“I’m very pessimistic that this dialogue will lead to anything credible and lasting,” Cardenas said. “These [talks] are mostly for international consumption.”

Cardenas sees the current protests as “spontaneous,” not organized by the country’s opposition as the government alleges. “These are students who have no overt political agenda,” Cardenas said.

The protesters are demanding Maduro loosen his control over the economy and media. “The government somehow needs to address the anger and frustration of the student movement that has basically sparked these protests,” Cardenas said.

Even though Venezuela is the Western Hemisphere's largest oil producer, the country’s economy faces high inflation and stagnant growth. Cardenas indicated Venezuelans are having a tough time getting basic services and goods.

He says the energy sector has been “starved” because of government policies. “Those revenues that the government incurred from the oil sector have been simply plowed into unsustainable social programs.”

Watch the full interview above with Jose Cardenas.