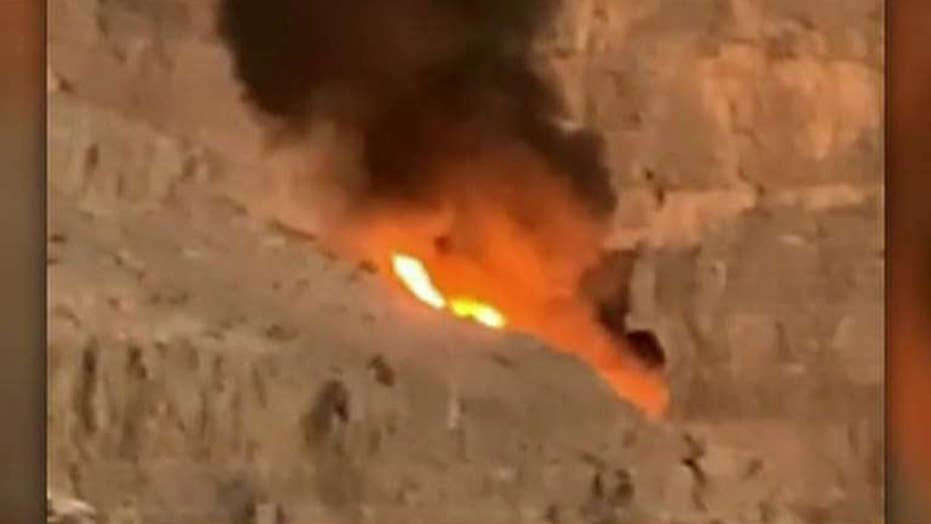 The helicopter was responding to a rescue call near the worlds longest zip line.

Four people have been killed when a helicopter exploded into a fireball after reportedly clipping the world's longest zip line on Saturday.

Shocking footage shows the doomed chopper spinning out of control after it's said to have hit the Ras al-Khaimah wire near Dubai.

Officials confirmed the Agusta 139 rescue helicopter was speeding towards an emergency before the horrific accident.

Horrified eyewitnesses told how it spun into a death spiral after the rotors got tangled in the steel wire, Gulf News reports.

Onlooker Salam Naif said: "The chopper went into a spin all of a sudden and then crashed into the mountain. It burst into a ball of fire."

The National Search and Rescue Centre confirmed that four crew members were on board when the helicopter crashed.

Woman dies after falling 40 feet from a zip line

A senior aviation official told Gulf News: "The accident happened at 5:50pm on Saturday and the helicopter was on a mission to airlift an injured man from Jebel Jais.

"The helicopter crashed before reaching the man."

The zipline opened last February as part of a tourist drive in the tiny desert emirate.