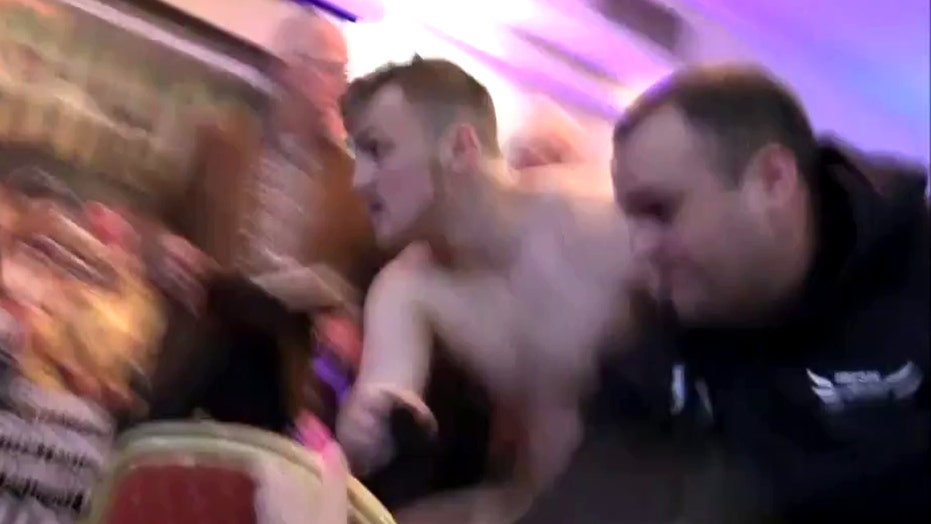 Unidentified gunmen opened fire on boxing fans at a Dublin hotel Friday during a weigh-in event, killing one man and wounding two others, Irish police say.

Two detectives told The Associated Press it was too early to specify any motive for the shooting in the lobby of the Regency Hotel, but cited the deadly feuding between gangland factions as one possibility. They spoke on condition of anonymity because they were not authorized to make statements.

Witnesses told the Irish Independent that three men, dressed in "police-style" uniforms, burst into the foyer of the hotel about a half hour into the event. They fired a number of shots with what looked like AK-47 rifles, the witnesses said.

The chaotic scene led to dozens of people fleeing from the hotel.

On its Facebook page, the promoters MGM had advertised a weigh-in at the hotel for the "Clash of the Clans" show Saturday night at Dublin's National Stadium.

Frank Warren and MGM Promotions invite you to the official weigh-in for the "Clash of the Clans" Show.The weigh-in will...

Box Nation, a pay-per-view channel that was set to broadcast the show, told the BBC that it has been cancelled. The lineup was supposed to feature a WBO European lightweight title fight between Jamie Kavanagh and Antonio Joao Bento.

Kavanagh's father -- a convicted drug dealer — was shot to death in Spain in 2014. The elder Kavanagh was a senior gangland figure with roots in northern Dublin; that gang has waged a years-long feud with a rival gang from Clondalkin on Dublin's west side, according to The Associated Press.

MGM describes itself as a new boxing gym in Puerto Banus, Spain, and "home to the very best boxing training facilities."

Police said all three victims were in their 20s or 30s. One was pronounced dead at the scene. The two others were taken to separate Dublin hospitals with suspected gunshot wounds.