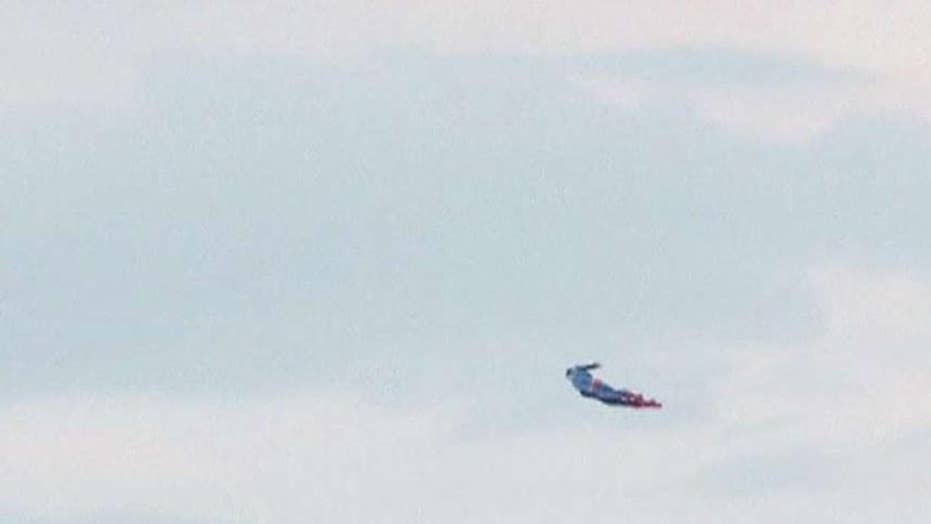 Greenpeace activists say the drone was harmless and was intended to show lack of security at the site.

Greenpeace activists flew a Superman-shaped drone into the no-fly zone around a French nuclear plant on Tuesday before crashing it against the building to highlight the facility’s lack of security.

The drone, piloted by one of Greenpeace’s activists, slammed into the tower in Bugey nuclear plant, about 20 miles from the eastern city of Lyon, the group said in a video.

“This action again highlights the extreme vulnerability of this type of buildings, which contain the highest amount of radioactivity in nuclear plants,” Greenpeace said, according to Reuters.

The environmental group, which also crashed a tiny radio-controlled plane into the facility, said the aircrafts were harmless. They targeted the facility’s spent-fuel pool building, which can hold the equivalent of several reactor cores in concrete pools outside the highly reinforced reactor building.

In this photo released by Greenpeace, a drone resembling the character of Superman flies over the nuclear power plant of Le Bugey, central, France, Tuesday, July 3, 2018. (Nicolas Chauveau/Greenpeace via AP)

France generates about 75 percent of its electricity from nuclear power in 19 nuclear sites operated by the state-controlled EDF.

The EDF said two drones were intercepted by French police and that their presence “had no impact on the security of the installations.”

EDF said it would file a police complaint against Greenpeace, Reuters reported.

These stunts have sparked a parliament investigation into nuclear security, which is due to be presented on Thursday, Reuters reported.