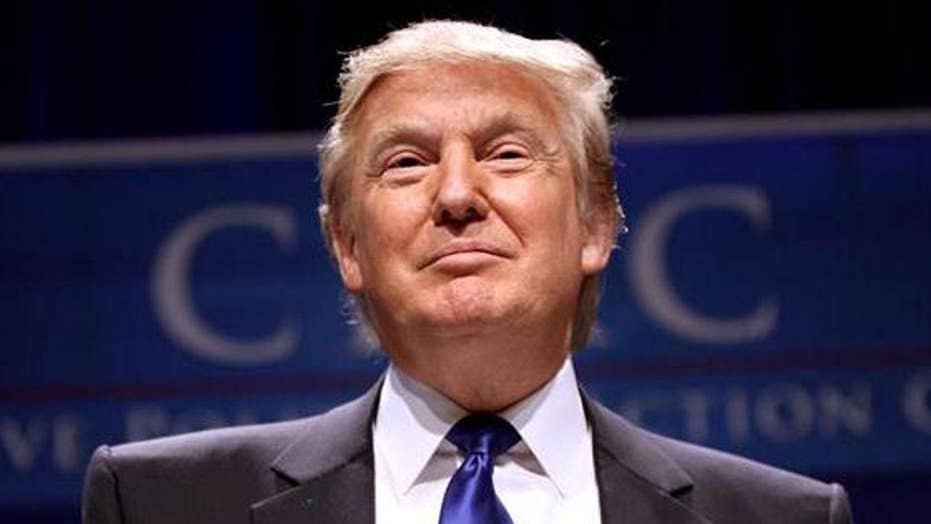 What to expect when Trump attends G20 summit in Germany

President speaking with world leaders ahead of trip

Rioters in Hamburg attempting to disrupt the G20 meeting with President Trump in attendance were met with the latest in water cannon technology, designed by Germans, built by Austrians, and first introduced in Hamburg in 2010: The Wasserwerfer 10000.

The “WaWe 10” is nearly 30 feet long and so high its windshield hovers above the heads of police officers standing around it for protection. It’s also way up above their heads because a weakness in prior water cannon models were protruding headlights that enabled rioters to climb up to the windshield and either block the operator’s view or break the glass. That weakness was rectified in the WaWe 10.

" ... left and right-handed radicals will notice that they are now at a disadvantage.”

"This has a psychological effect," said former German Interior Minister Achim Friedl in a Der Spiegel report on the unveiling of the machine in 2009.

The WaWe 10’s armor is designed to withstand large blocks of concrete dropped from buildings.

The truck's water cannons can reach crowds from 200 feet

It carries 2,600 gallons of water that can be heated up to uncomfortable, but not scalding temperatures, and it can shoot 871 gallons per minute at unlucky AntiFa rioters up to 200 feet away. The front and rear water cannon are powered by their own engines so water can be pumped regardless of whether the vehicle is driving, a significant improvement over prior models.

Police can also change the “beam pattern” of the jets, from direct shots at rioters to a wider spray for putting out burning barricades, and then back to a direct beam for pushing the smoldering materials out of the way.

It’s lined with cameras that are digitally recording all that is going on around the huge machine.  When the WaWe 10 was unveiled its developers stood in awe at the latest accomplishment in fabled German engineering.

"We are very proud, because if you are the first worldwide to have achieved such a good thing, you can only be proud," said Karl-Heinz Mayer, who oversees technology for the German Federal Police Bureau.

The German police occasionally refer to rioters as “customers” who will be treated more “gently” by police thanks to the technology offered by the WaWe 10.

"Of course, our customers will not have any sympathy for this," Friedl told Der Spiegel, "because left and right-handed radicals will notice that they are now at a disadvantage.”