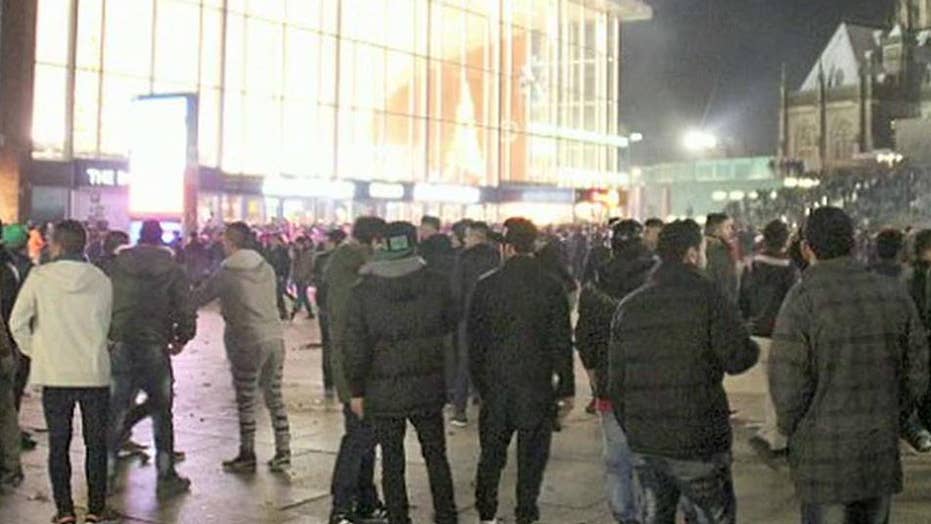 Reports of attacks on women in Germany heighten tension over asylum-seeker debate; 'The O'Reilly Factor' investigates

A first-of-its-kind German police raid targeted suspects across the country accused of posting anti-Semitic language on their social media accounts, according to reports.

Police confiscated the computer equipment and smartphones of around 60 people in 14 of Germany’s 16 states but did not make any arrests. It marked the country’s first-ever mass raid aimed at fighting online hate crime, The Times of Israel reports.

Most of the suspects were members of a neo-Nazi Facebook group that had xenophobic language, the newspaper reports. Some of that language promoted Nazi symbolism, denied the Holocaust or called for its revival.

Muench cited radicalization on social networks as the fuel behind many attacks on refugee shelters, which he said increased significantly as refugees flooded from the Middle East and Africa into Europe, according to a BKA news release.

The social media site pledged last September to reduce instances of racism on its German network by endorsing counter-speech and elevating its monitoring of migrant criticism, according to The Times of Israel.

Last week, an Israeli rights group said it was suing Facebook for $1 billion on behalf of Americans killed in Palestinian attacks. The suit claimed the site provided terrorist groups with a platform to incite violence, FoxNews.com reported.