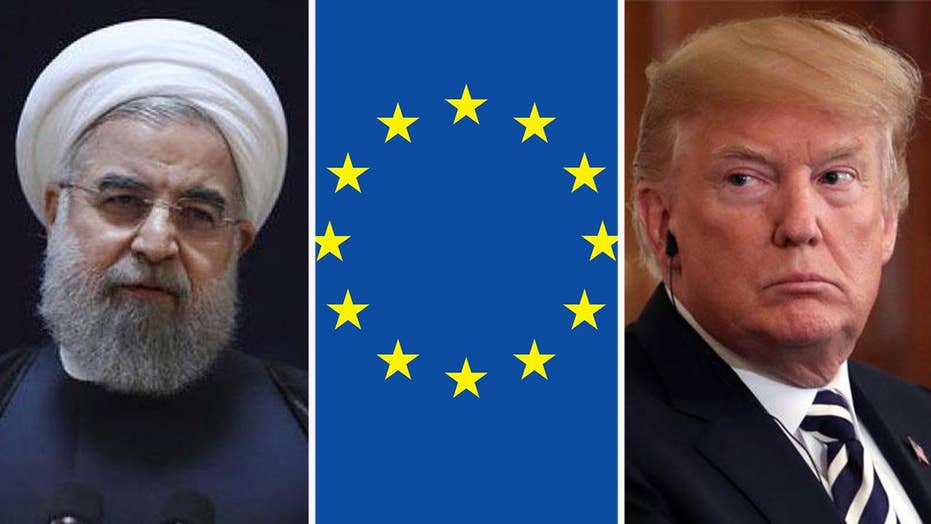 Escalating tension between US, EU on Iran sanctions

Europe tells businesses to keep doing business with Iran in efforts to hold the nuclear agreement together; Rich Edson reports while traveling with Amb. Nikki Haley in South America.

The German government is under fire for betraying its pledge to combat anti-Semitism and Holocaust denial, in light of Berlin’s efforts to circumvent U.S. sanctions on Iran.

The criticism comes after Heiko Maas, the German foreign minister, argued for a new world order without the U.S. as the leader.

In a hard-charging attack on the Trump administration, Maas said Germany “will not allow [the U.S.] to go over our heads, and at our expense.”

“It is therefore essential that we strengthen European autonomy by establishing payment channels independent of the US, a European monetary fund and an independent SWIFT [payments] system,” he wrote in German business daily Handelsblatt. “The devil is in thousands of details. But every day that the Iran [nuclear] agreement lasts, is better than the potentially explosive crisis that threatens the Middle East otherwise.”

“Circumventing sanctions on an Iranian regime that is committed in word and deed to destroy Israel for financial gain for German companies makes a mockery of that [Berlin’s] commitment” to implement the lessons of the Holocaust, he told FoxNews.com.

Cooper expressed regret that Maas appeared to be taking sides with the ayatollahs, because “The Wiesenthal Center knows Foreign Minister Maas as a friend of the Jewish community and a person who takes [to heart] the legacy and responsibility of the Nazi Holocaust.”

He added that “economic greed should not subvert the safety of German Jewry.”

The US wants Iran cut off from SWIFT — the Society for Worldwide Interbank Financial Telecommunication — to force Tehran to return to the negotiating table. Disconnection from the Brussels-based SWIFT, which facilitates cross-country payments, would deal a powerful blow to Iran’s struggling economy.

The US withdrew from the Iran nuclear deal in May because the agreement does not stop the regime from building nuclear weapons, bring an end to Iranian terrorism or advance American security interests, President Donald Trump said.

The Wiesenthal Center’s criticism of Maas, who said he went into politics because of Auschwitz, and the German government follows a call from Germany’s roughly 100,000-member Jewish umbrella organization for the end of Iranian-German trade.

Dr. Josef Schuster, the head of the Central Council of German Jews, said last week: “Any trade with Iran means a benefit for radical and terrorist forces and a hazard and destabilization for the region.” 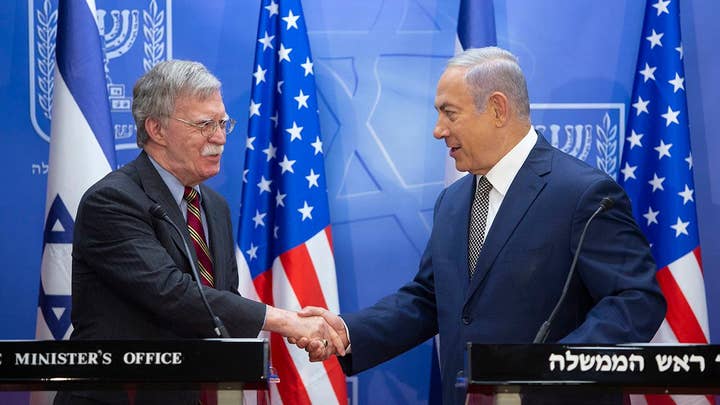 He added: “It seems paradoxical that Germany — as a country that is said to have learned from its horrendous past and which has a strong commitment to fight anti-Semitism — is one of the strongest economic partners of a regime that is blatantly denying the Holocaust and abusing human rights on a daily basis.

“Besides, Germany has included Israel’s security as a part of its ‘raison d'etre.’

As a matter of course this should exclude doing business with a fanatic dictatorship that is calling for Israel’s destruction, pursuing nuclear weapons and financing terror organizations around the world.”

The Industry and Chamber of Commerce in Bonn/Rhein-Sieg in the state of North Rhine-Westphalia is slated to hold a conference promoting business with Iran on September 5, according to German newspaper Bild.

Approximately 120 German companies are active in Iran, with workers based in the Islamic Republic. There are 10,000 German businesses conducting business with Iran, and Germany exported $3.42 billion worth of goods to Iran in 2017.

The U.S government has urged German companies to wind down their business with the Islamic Republic of Iran.

Julie Lenarz, a Senior Fellow at The Israel Project in Washington, D.C., told FoxNews.com: “All governments should make trade ties with Iran contingent upon the Islamic Republic‘s end to its global sponsorship of terror, illicit nuclear ambitions and suppression of basic rights at home.”

She said the Iran deal “was a disaster — a patient pathway to the bomb — and the Trump administration did the only responsible thing reimposing sanctions, thereby putting pressure on the regime and forcing them back to the negotiation table on our terms.”

Lenarz added: “Europe, and Germany in particular, are throwing the mullah regime — confronted with an economy in free fall, a collapsing currency and rising popular dissent — a much needed lifeline by boycotting the sanctions. It makes them directly complicit in the crimes committed by Iran.”

If Iran wants the economic benefits of being a member of the international community, it should behave accordingly, or Germany should immediately end its immoral trade with Iran and support the long-suffering Iranian people in ending the clerical dictatorship."

Peter Altmaier, Germany's economic minister and a fierce critics of U.S. trade policy, did not respond to
FoxNews.com queries.