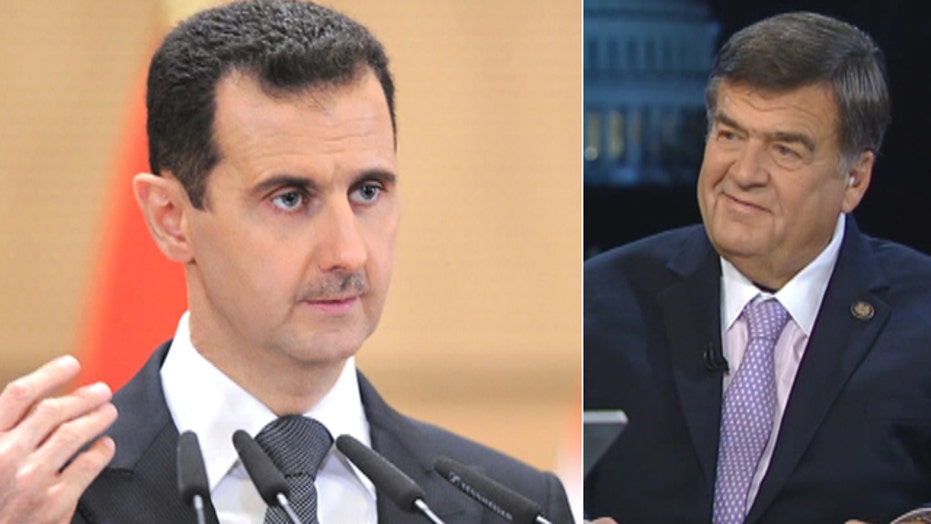 US braces for the worst in country's civil war

Defense Minister Thomas de Maiziere told reporters that two batteries with a total of 400 soldiers would be sent to the border area under NATO command for one year, although the deployment could be shortened.

The decision must be endorsed by the German Parliament, but approval is all but assured.

The Dutch Cabinet is expected to announce approval Friday contingent on parliamentary approval.

De Maziere said the overall mission was also expected to include two batteries each from the Netherlands and the United States.

The Western alliance decided this week to approve sending the weapons to prevent cross-border attacks against Turkey after mortar rounds and shells from Syria killed five Turks.

But the announcement also appeared to be a message to Syrian President Bashar Assad's regime at a time when Washington and other governments fear Syria may be readying its chemical weapons stockpiles for possible use.

Syria has denounced the NATO plan but German officials stressed that the missiles will only be used to defend Turkish territory and would not be a part of any "no fly zone" over Syrian territory.

"Nobody knows what such a regime is capable of and that is why we are acting protectively here," Foreign Minister Guido Westerwelle said.

Officials said the Patriots will be programmed so that they can intercept only Syrian weapons that cross into Turkish airspace. They aren't allowed to penetrate Syrian territory pre-emptively. That means they would have no immediate effect on any Syrian government offensives -- chemical or conventional -- that remain strictly inside the country's national borders.

Due to the complexity and size of the Patriot batteries -- including their radars, command-and-control centers, communications and support facilities -- they will probably have to travel by sea, NATO officials said.

They probably won't arrive in Turkey for another month, officials predicted.

Syrian Deputy Foreign Minister Faisal Mekdad denounced the NATO move and the chemical weapons "chorus" as part of a conspiracy that is possibly laying out the foundations for a military intervention in Syria.

"I repeat for the hundredth time that even if such weapons exist in Syria, they will not be used against the Syrian people," Mekdad said, speaking in an interview with Lebanon's Al-Manar TV station. "We cannot possibly commit suicide, Syria is a responsible country."

Mekdad added that the Syrian government is worried the U.S. or some European countries could provide "terrorist" organizations in Syria with chemical weapons to use, then blame the government.

He also said accusations that Syria would use these weapons against its own people were "disgusting."

Asked about NATO's approval to send Patriot missiles to Turkey, Mekdad said the Turkish government was "bankrupt" and was "begging for assistance from NATO countries."

"The Turkish move and NATO's support for it is a provocative move, part of psychological warfare against Syria," he said. "But if they think this will affect our determination to fight the terrorists ... they are wrong."