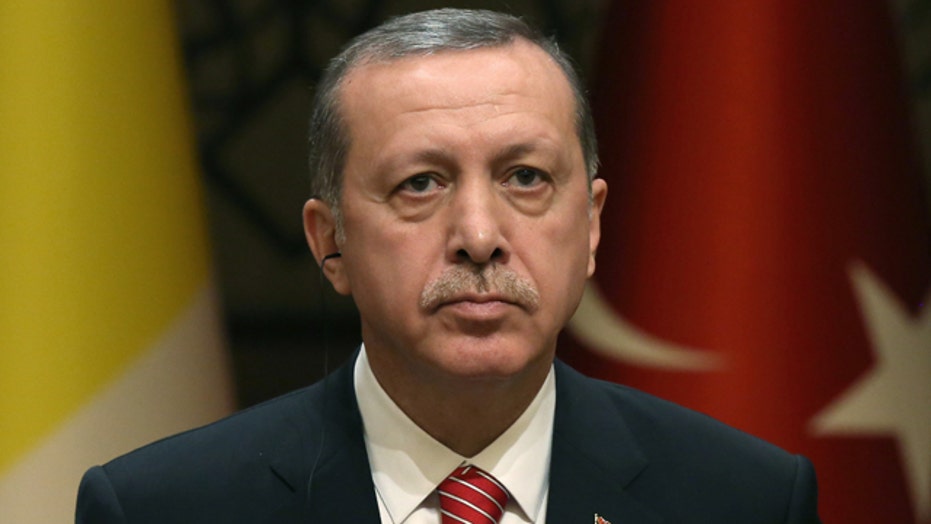 Report: US efforting deal with Turkey to help combat ISIS

In a startling speech to German parliament Thursday, a lawmaker recited the controversial satirical poem that angered Turkish President Recep Tayyip Erdogan, saying he felt that he needed to remind his colleagues how offensive it was.

Detlef Seif, a member of the Christian Democratic Union, repeated the poem and said Erdogan's honor was under attack, The New York Times reported. The poem suggested that the Turkish president was a pedophile who contracted a veneral disease from sex with goats.

German TV comedian Jan Boehmermann wrote the poem and read it for the first time on-air more than a month ago. He described it as an example of something the German government wouldn't allow over the airwaves.

Chancellor Angela Merkel last month granted a Turkish request for Boehmermann to be investigated on suspicion of insulting a foreign head of state.

"Put yourselves in the shoes of Erdogan and think about it: How would you feel about it yourself?” Seif asked. German law protected Seif against potential prosecution, the Times added.

On Tuesday, a German court rejected Erdogan's bid for an injunction against the head of one of Germany's biggest publishing houses in a standoff over the poem. The chief executive of Axel Springer, Mathias Doepfner, had expressed solidarity with Boehmermann.

In an open letter last month, Doepfner wrote: "I want to associate myself wholly with all of your words and insults ... and make them legally mine."

The Cologne state court ruled Doepfner's letter didn't amount to him disseminating Boehmermann's comments himself and refused an injunction.