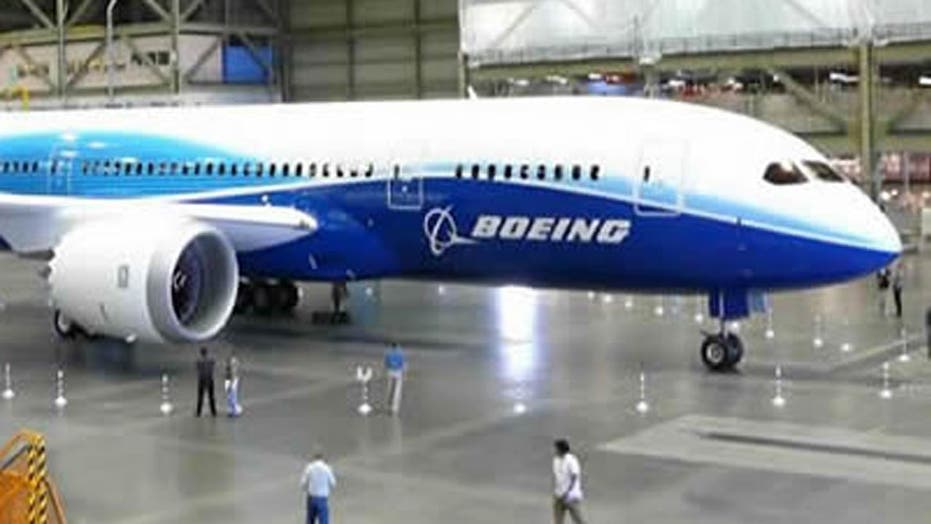 Boeing's deal with Iran Air: Are we weaponizing Iran?

Rep. Peter Roskam tells 'On the Record' why he believes Boeing's sales agreement with Iran Air will put the US on a dangerous path

With the ink barely dry on the deal between the U.S. and Iran to prevent the Islamic Republic from securing nuclear weapons, a new German intelligence document charges that Iran continues to flout the agreement.

Germany’s domestic intelligence agency said in its annual report that Iran has a “clandestine” effort to seek illicit nuclear technology and equipment from German companies “at what is, even by international standards, a quantitatively high level.” The findings by the Federal Office for the Protection of the Constitution, Germany’s equivalent of the FBI, were issued in a 317-page report last week.

Merkel said Iran is actively seeking missile and nuclear technology, and that NATO must guard against attack by the Islamic Republic. (Reuters)

“Iran continued unabated to develop its rocket program in conflict with the relevant provisions of the UN Security Council,” Merkel told the Bundestag.

Merkel told lawmakers NATO's anti-missile system, including a shield in Romania and a planned shield in Poland, were deployed in response to Iran's rocket program and was "developed purely for defense" in a sign of how seriously the alliance takes Iran’s illegal ambitions.

One year ago, world powers led by the U.S. negotiated a nuclear deal designed to curb Iran’s drive to obtain an atomic weapon of mass destruction. The lifting of sanctions and the release of more than $100 billion of assets frozen since Iran’s 1979 revolution came in exchange for Iran’s pledge to forgo its nuclear weapons program and be transparent to international inspections.

The German report also stated “it is safe to expect that Iran will continue its intensive procurement activities in Germany using clandestine methods to achieve its objectives.”

According to an Institute for Science and International Security July 7 report by  David Albright and Andrea Stricker, Iran is required to get permission from a UN Security Council panel for "purchases of nuclear direct-use goods.”

While the German intelligence report did not say what specifically Iran had obtained or attempted to obtain, the more recent report said dual use goods such as carbon fiber must be reported. Iran did not seek permission from the UN-affiliated panel for its proliferation attempts and purchases in Germany, officials said.

In addition, the report identified more than 1,000 associates of Iranian-backed terror groups living in Germany, including some 950 Hezbollah members and supporters, as well as 300 Hamas members. The report implied that some of these individuals could be inside Germany working on behalf of Iran and other terror-sponsoring states.

“The followers of Islamist-terrorist groups like Hamas and Hezbollah striving for the abolition of the Jewish State of Israel are focused on their regions of origin, which is where they commit most of their terrorist acts of violence,” the report said.